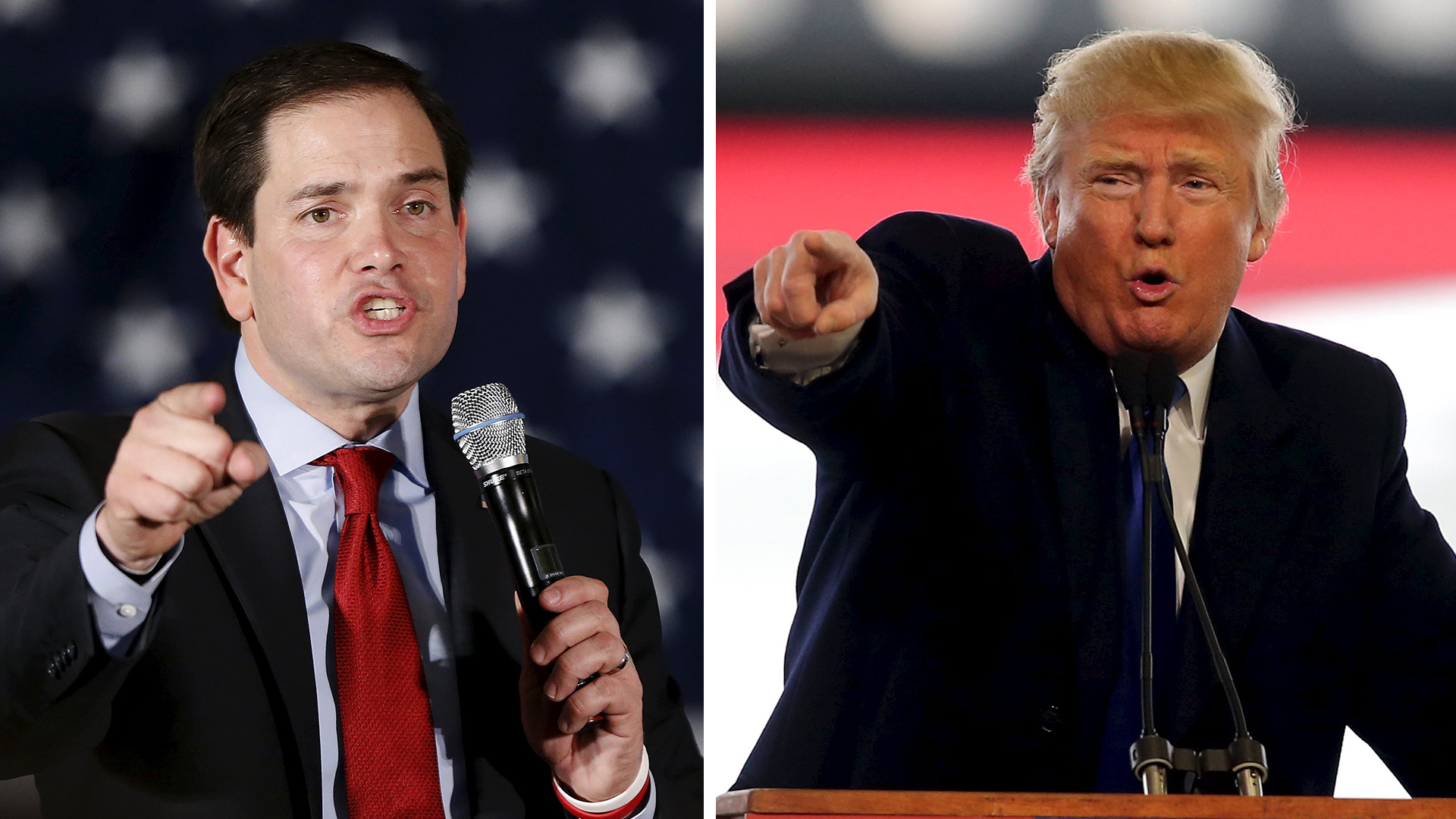 Nineteen percent of GOP voters said they would back Ted Cruz and 4 percent said they would support John Kasich, governor of Ohio, who hopes to win his home state's winner-take-all primary on Tuesday.

The survey found Trump has a double-digit lead over Rubio among white voters in Florida, but Rubio, a Cuban-American, leads Trump by nearly 30 percentage points among Hispanic Republicans. Trump leads among older voters but they are about tied among those under age 50.

While the gap between the two contenders is closing ahead of the critical winner-take-all primary the state will hold on Tuesday, a majority of Florida Republicans said Rubio should drop out of the race if he doesn't win the primary. A third said he should stick it out and keep running. Rumors of Rubio dropping out before the Tuesday primary have been swirling, but it looks like he might stick it out.

The poll surveyed 450 likely GOP primary voters between March 2 and 5 with a 5.5 percentage point margin of error.

Asked if their former governor, Jeb Bush, were still in the race, about two-thirds said they wouldn't vote for him while less than a third said they would.

The poll surveyed 500 likely Republican primary voters between March 7 and 9 with a 4.4 percentage point margin of error.

A Fox News poll released Wednesday found the race between Trump and Rubio is not so tight. In that survey, Trump leads Rubio by 23 percentage points. It found 43 percent of GOP primary voters back Trump while 20 percent support Rubio. The poll, conducted between March 5 and 8, had a 3.5 percentage point margin of error.

These polls come ahead of the next Republican debate hosted by CNN in Miami on Thursday night.