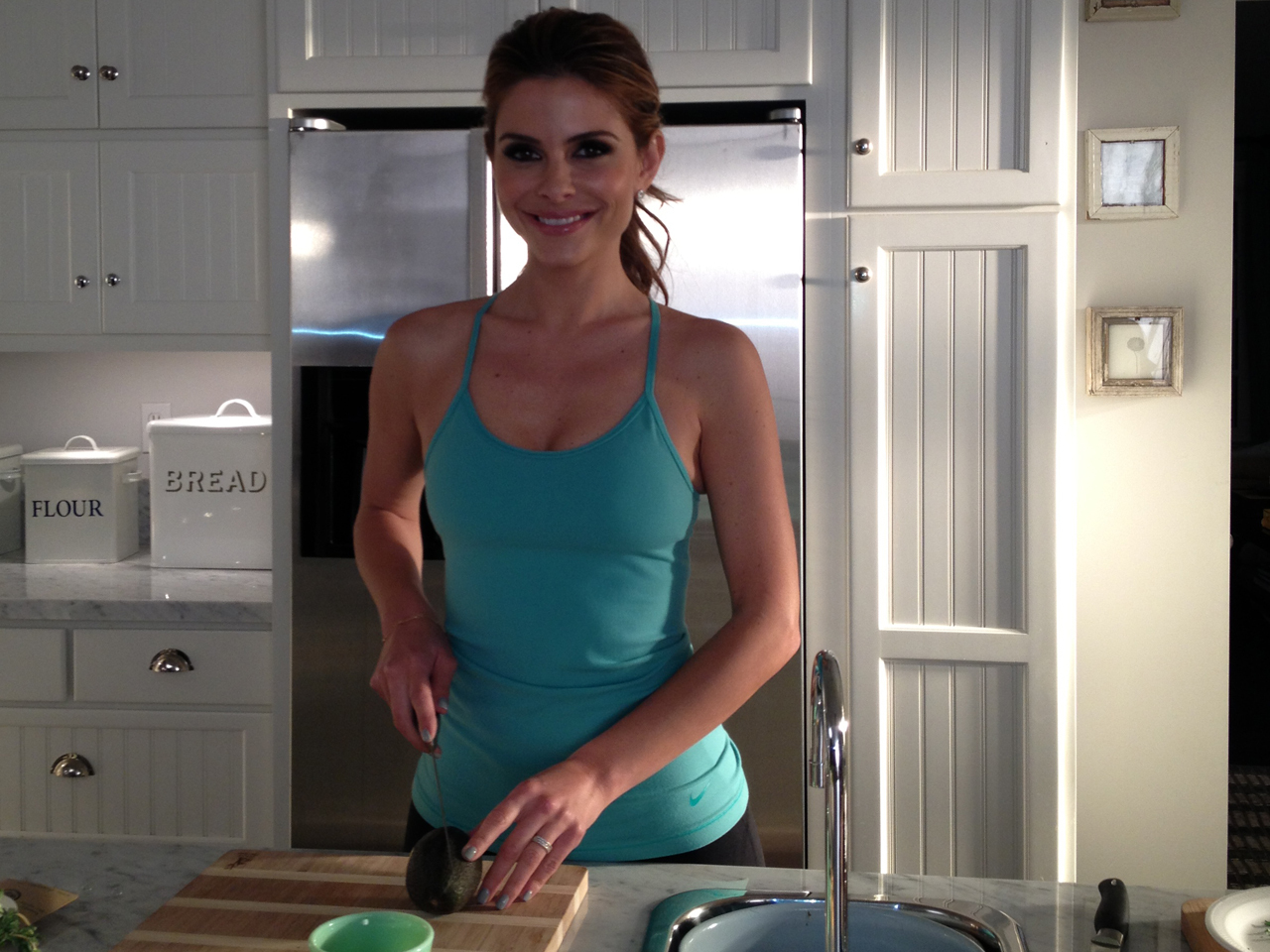 Maria Menounos is back up and running -- literally -- for the first time in a year.

The actress/TV host has been on the mend since injuring herself while competing last spring in season 15 of "Dancing with the Stars." At the time, she had two broken ribs, a fractured foot and an injured chin, powering through until the end of run on the show. But it did slow her down for the rest of the year when it came time to exercise and play sports.

That changed when Menounos went on her first hike this month and competed in her first basketball game. "And I lived to tell the story," she said, sounding relieved. "I'm totally fine." "In healthier times, I would play basketball on the weekends," the 34-year-old "Extra" co-host added.

Menounos, who finished in fourth place in 2012 on the dancing competition series, told CBSNews.com, "I don't have a normal routine because my schedule isn't normal. It's really hard. I just find a way throughout the day to be super active...I was also injured for the last year and that threw off a lot of what I could do. I tried to do as much walking as I could but I had seven stress factors and I was trying to heal on my feet...I think the only consistent thing I do is some yoga. I consider it more stretching. In the mornings I'll do 10-15 minutes and I feel great. I feel like I'm doing something for myself."

Another thing Menounos keeps an eye on is her diet, which she says, is rich in avocados.

"I used to have an avocado tree...I've used it in sandwiches kind of as a substitute for a spread...I pretty much eat it like that the most when I'm at work. When I'm ordering out at The Grove [in Los Angeles] that's the easiest way to get it," she said.

Menounos, who has spoken openly about shedding 40 pounds in her early twenties, said, "You cut calories and you have the good fat, which is really important in your diet. I do some morning shakes."

On top of her daily "Extra" duties, Menounos runs her own production company and is working with Stan Lee and 50 Cent on a couple of TV projects. She can also be seen in the new comedy, "Adventures of Serial Buddies," alongside Kathie Lee Gifford, Christopher Lloyd, Beth Behrs and Henry Winkler.

And in between everything else on her busy plate, Menounos has been watching thecurrent season of "DWTS."

Looking back on her time on the show, Menounos says her best advice to current contenders would be to "enjoy the experience" and "don't think about winning," adding, "Really just go through it and have best time you can have because when you walk away from it whether you're cut in the third week or the final week, you can look back on it with fond memories."

"It's the people who take it too seriously that when they get cut, they get very bitter...Remember that the videos last forever. So work for the videos not the show. That's what [pro-dance partner] Derek [Hough] kept telling me, 'Maria, no one's going to remember in the year what your scores were. But you're going to remember when you're looking back at the videos. I promise you're going to look back on those a lot.' And he was right," said Menounos.

But that doesn't mean Menounos wouldn't change anything about her "DWTS" stint.

"I would have worn sneakers more and wouldn't have worn heels, and therefore wouldn't have been as fractured," she said. "Other than that, I did everything I could do under the circumstances. I didn't work any less. I didn't try any harder. I put everything I had and every ounce of my body it to get through all the way to the end."

So was it worth it?

"Are you kidding me? It's the best thing I ever did," she said.