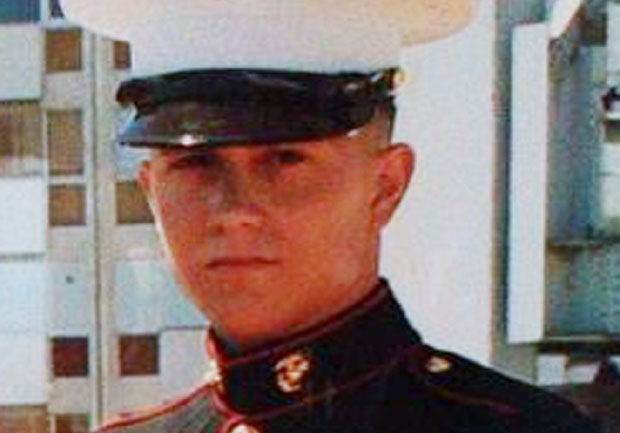 PHILADELPHIA -- The parents of a Marine sergeant who died while stationed in Greece say that they discovered weeks after his funeral that his body had been sent home without a heart - and that the Department of Defense later gave them somebody else's heart in its place.

Craig and Beverly LaLoup, who are suing the department, said Tuesday that authorities told them 21-year-old Brian LaLoup had shot himself in the head during a party at the U.S. Embassy compound in Athens, where he worked a security detail.

On Wednesday, the parents amended their federal lawsuit to add the Greek government and an Athens hospital as defendants.

The Marine was taken to an Athens hospital and died a few hours later. Six days after that, on Aug. 18, 2012, the state-run hospital performed an unauthorized autopsy, according to the family's lawsuit, filed Friday in Pennsylvania.

The LaLoups don't know what happened to their son's heart. They say a heart arrived months later and the Department of Defense and Greek authorities claimed it was their son's. However, a months-long wait for DNA results proved otherwise.

"This is his heart. This is his soul. This is what made Brian who he is," Beverly LaLoup, of Coatesville, said Tuesday in a phone interview.

Brian LaLoup, who was buried with full military honors, had served in Afghanistan before being selected for the embassy detail in 2011. He first worked in South Africa, where a photograph shows him with visiting first lady Michelle Obama. He loved the Marines but was upset about a recent romantic breakup, said the family's lawsuit, which seeks at least the minimum $75,000 for a federal claim.

A friend told a Marine supervisor, who suggested more drinks instead of getting help, the lawsuit alleged. LaLoup, despite being intoxicated, was allowed to get a weapon from an unsecured storage area, it said.

Government immunity prevents the family from filing a wrongful-death lawsuit. Their lawsuit instead seeks damages for emotional distress over the missing heart. But mostly, the family wants answers.

The Department of Defense says it doesn't comment on pending litigation.

The LaLoups only learned their son's heart was missing by chance. They were filling out paperwork weeks after the funeral when a military official with the file let it slip, Beverly LaLoup said.

"I was absolutely devastated," she said. "I was hysterical. I was running around the house, hyperventilating."

She made a flurry of phone calls, to the embassy, to the Marine Corps, to the Department of State.

A spokesman for the Greek Embassy in Washington, D.C., said Tuesday that the heart was removed during the autopsy.

"His heart was kept for toxicological tests," said spokesman Christos Failadis, who declined to answer questions about what happened to it or why the family received a heart belonging to someone else.

"The Greek ambassador in Washington has offered his condolences to the soldier's mother," Failadis said.

Dr. Judy Melinek, a San Francisco pathologist unaffiliated with the case, agreed it would be unusual to use a heart for toxicology testing. However, she said, organs are sometimes removed for further study, especially if anything seems amiss, and laws governing how long they can be retained vary from place to place.

The LaLoups sued the Department of Defense along with the Navy, which handled the family's inquiries. They spent months trying to work through administrative channels but got nowhere, said Freiwald, who hopes to learn not only what happened to LaLoup's heart but what led to the wrong one being flown to the U.S.

"They actually had somebody fly with (it), because this is part of a fallen soldier," Freiwald said. "The image of that is gruesome and disturbing and ultimately so incredibly sad."