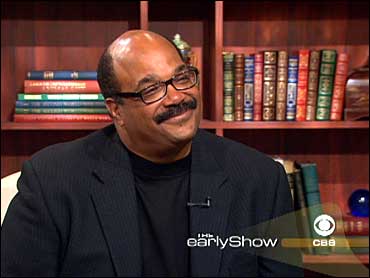 Stroke is the No. 1 cause of disability among adults in the United States. That devastating reality hit hard last year when former Early Show weatherman and features reporter Mark McEwen was unexpectedly struck down while on his way home from a trip in November.

McEwen was voted one of the most trusted people in America and was a fixture on CBS in the mornings from 1987 until 2002. His wit and warmth made him a welcome guest in millions of homes. The stroke almost took all that away.

"I remember I looked up and saw my father, my brother, both my sisters," he told his longtime friend and colleague, Early Show co-anchor Harry Smith. "That's when I knew."

For four days, McEwen hung near death. The blood clot that caused the stroke had blocked oxygen from his brain. If and when he recovered, he would be starting over.

"Boy, I was in bed, I couldn't walk. I could barely talk. I talked slower and higher," he told Smith.

First, he was confined to a wheelchair, then he moved to a walker. He struggled to regain the use of his right hand. Most devastating of all though was the impact on his voice and speech. From his days as a standup comedian, to radio, to TV, McEwen had always been glib.

At first, McEwen had a difficult time learning how to speak properly. He struggled with "K" sounds and vowels. He measured his progress with simple milestones.

Despite his difficult journey, McEwen said he's not depressed because "all I've seen is improvement."

He attributes much of his progress to his wife, Denise, who, he says, has been his support and inspiration.

"She married me, she thought I would be a certain way," McEwan said. "For better or for worse. I never knew that I would have this, and she's great. She's lived up to her end of the bargain. She has."

But Denise McEwen has faith in her husband's recovery.

"We were watching 'Jeopardy.' I knew Mark was going to be all right because every single question, he got right," she told Smith.

McEwen's station, WKMG in Orlando, Fla., has kept his position open, believing that, with enough hard work, he'll be back on the air. McEwen has enjoyed a brilliant career and it remains a proud part of his life. But, his stroke also shed some light on just how fortunate he still is.

McEwen now says he know what really matters in life.

"All this, is an illusion," he said. "The house, the fame the fortune, what we do. What is important is family and friends. That's what I know."

Today, he has a new mission: He says he wants to do for strokes what Lance Armstrong did for cancer.