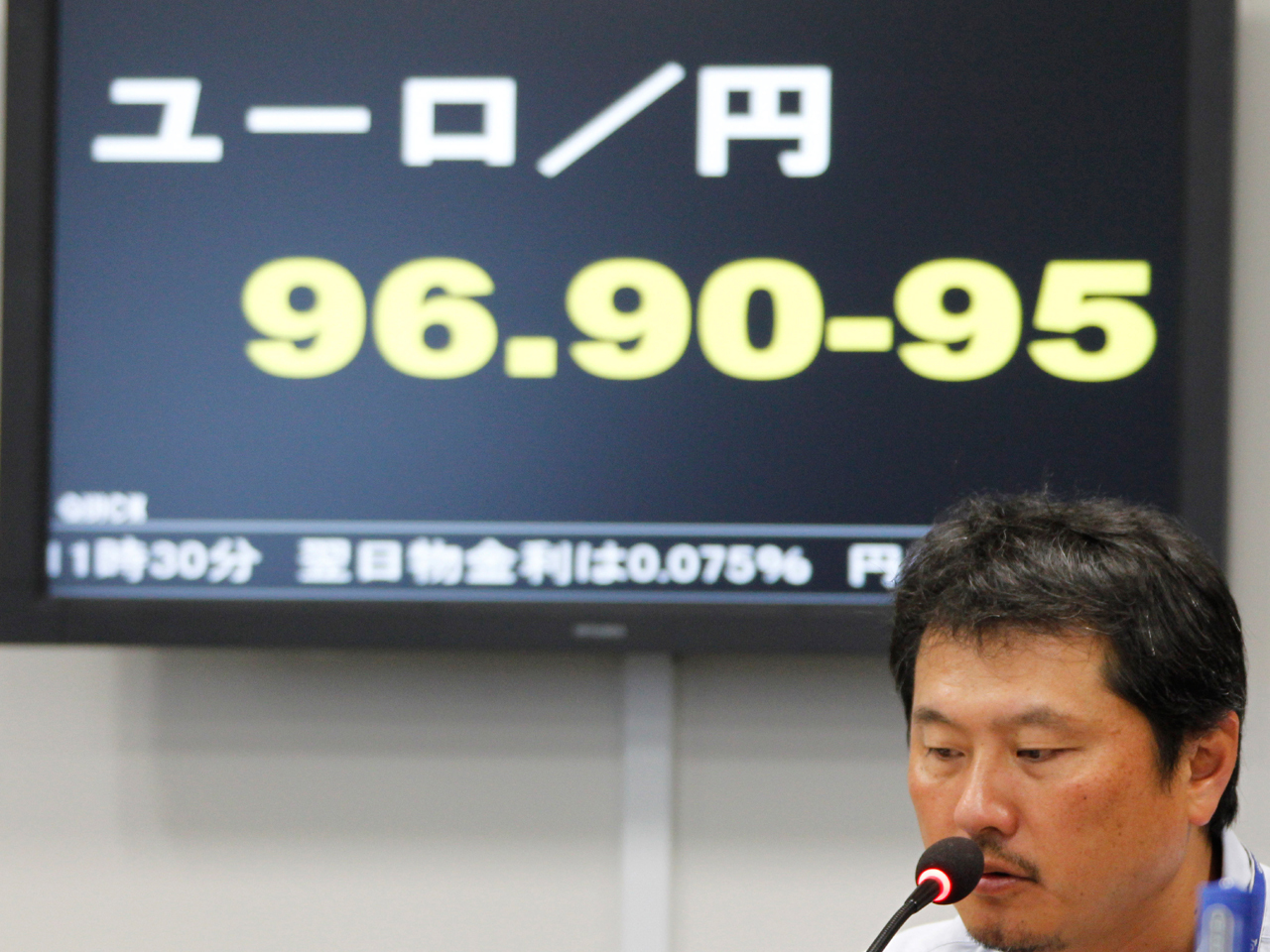 The Bank of Japan said it was increasing its asset purchasing fund to 55 trillion yen ($700 billion) from 45 trillion yen to counter the strength of the Japanese currency. A strong yen makes it more difficult for Japanese companies to compete in international markets.

The Bank of Japan's move comes days after the U.S. Federal Reserve revealed it will purchase an average of $40 billion a month in mortgage-backed securities until the economy shows significant improvement. The Fed's goal is to lower long-term interest rates and encourage more borrowing and spending. The Fed also said it plans to keep its benchmark short-term interest rate near zero until mid-2015.

Stock markets, which tend to respond favorably to actions targeting economic growth, rallied sharply following the Fed's announcement. However, outside of Asia, where Japan's Nikkei 225 stock index rose 1.2 percent to 9,232.21, its highest close in more than four months, the response to the BoJ move has been far more modest.

"Perhaps we are seeing investors suffering from a bout of central bank fatigue, or perhaps it is a dawning realization that, even with policymakers dispensing cash left, right and center, there is still a slowing global economy to deal with," said Chris Beauchamp, market analyst at IG Index.

Wall Street was poised for a flat opening too, with Dow futures and the broader S&P 500 futures up a modest 0.2 percent.

The main piece of economic data out of the U.S. later will likely center on the housing market with new starts and existing home sales figures due.

Adam Cole, an analyst at RBC Capital Markets, said the figures are "likely to continue the picture of very moderate trend improvement."

Earlier in Asia, stocks were generally fairly buoyant after the Bank of Japan's easing announcement.

In the currency markets, the Bank of Japan's announcement had little impact. The dollar was up only around 0.1 percent on the day at 78.93 yen. Meanwhile, the euro was more or less flat around $1.30. The euro has enjoyed a stellar few weeks as concerns over Europe's debt crisis have eased somewhat, largely on the back of a new bond-buying plan from the European Central Bank.

In the oil markets the benchmark New York rate was down 37 cents at $94.92 per barrel in electronic trading on the New York Mercantile Exchange.