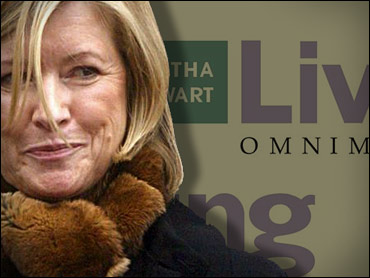 With its star facing a possible prison sentence, the "Martha Stewart Living" television show will be put on hiatus after the current season winds up, the show's producers announced Tuesday.

Martha Stewart Living Omnimedia Inc. also announced related staff cuts within the television business segment, and said it will post a restructuring charge of up to $2 million in the second quarter.

Production of the award-winning syndicated television show, distributed by King World Productions, will continue for the remainder of the 11th season, through September.

"I am deeply sorry that it has become necessary for the show to go on hiatus until my personal legal situation is resolved," Stewart said. "I hope to resume our close collaboration just as soon as I am able to do so."

Stewart was convicted March 5 for lying about why she sold 3,928 shares of ImClone Systems stock in 2001, just before the stock price plunged. Stewart, who owns 61 percent of the media empire, also stepped down as chief creative officer and resigned from the company's board. She assumed the title of founding editorial director.

Stewart had resigned as chairman and CEO last June after being indicted. She is expected to be sentenced June 17, and faces 10 to 16 months in prison.

Martha Stewart Living said it will continue production of "Petkeeping with Marc Morrone" and accelerate its development of special and new programming such as "Everyday Food."

"Despite the current challenges, we are fully focused on developing for our loyal audiences new and special programming that is consistent with our unique 'how-to' style and high quality of television," said Heidi Diamond, president of the company's television division.

King World Productions and CBSNews.com are both parts of Viacom, Inc.