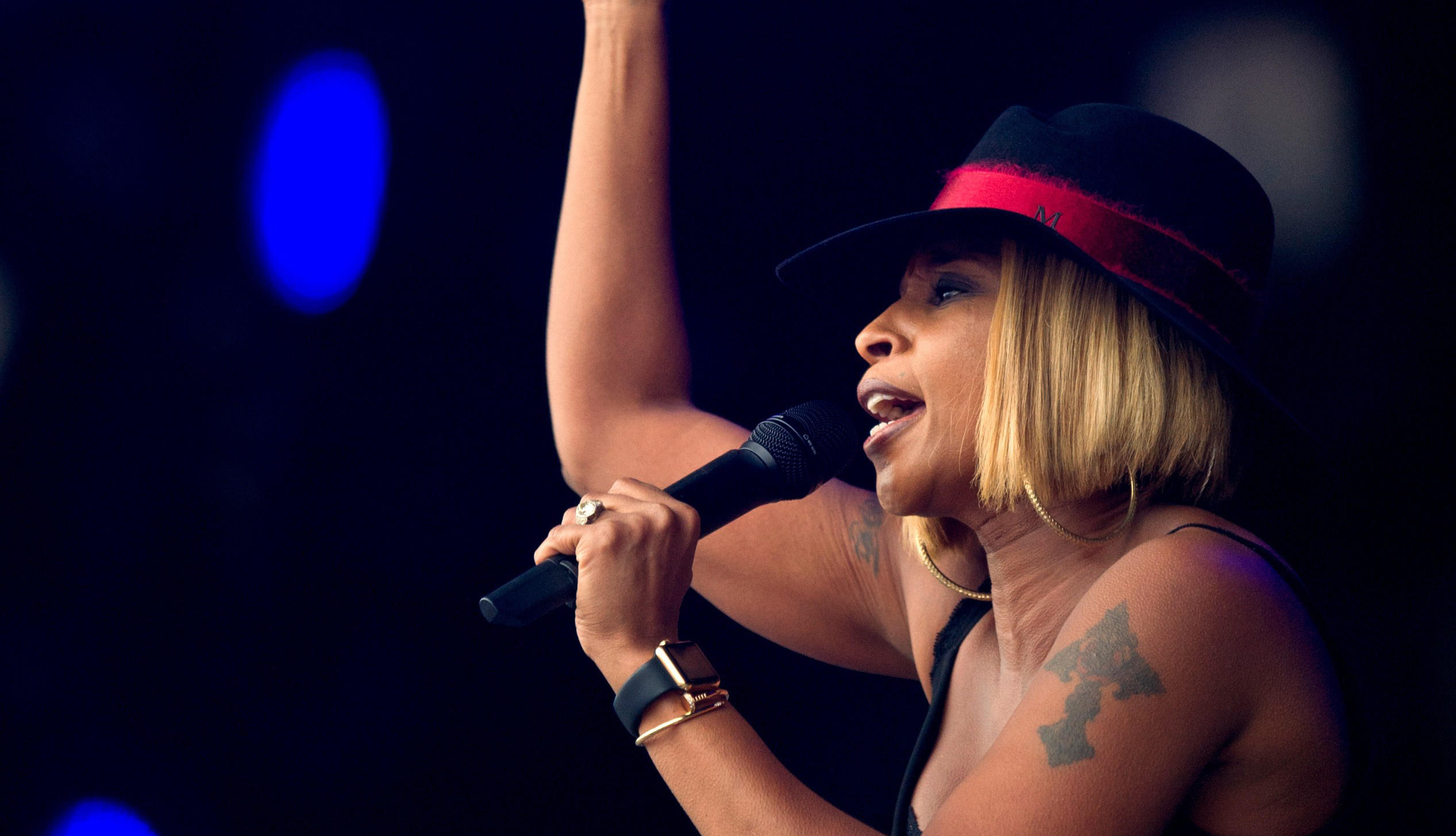 NEW YORK -- Mary J. Blige said she decided to sing Bruce Springsteen’s “American Skin (41 Shots)“ to Hillary Clinton during her recent interview because she was trying to get the Democratic presidential nominee to feel and understand the widening frustration among blacks in America over police brutality and similar topics.

A pair of clips teasing Blige’s interview with Clinton was roundly mocked on Tuesday, including a brief video of Blige singing to Clinton, leaving some confused. But on Wednesday at a meeting with journalists to discuss the interview, the first episode of her new Apple Music show, “The 411,” Blige said she wanted Clinton to feel the overwhelming feeling she felt when she first heard Springsteen’s 2001 song.

“I wanted to incorporate the song in the show because the lyrics resonated with me so deeply and so heavily because of all the shootings and police brutality and I never got a chance to say anything,” Blige said. “I’m a singer first ...so that’s the only way I can express myself and ...the only way I can get that reaction from (Hillary) is to sing it.”

“I didn’t warm up ... I just sang ...It was organic and that’s how it went. And hopefully, I believe she felt it, I think she did,” Blige added.

Springsteen wrote “American Skin (41 Shots)“ about the 1999 police shooting death of Guinean immigrant Amadou Diallo. Blige, 45, said people will truly understand what she was doing when the 30-minute interview with Clinton becomes available for streaming Friday.

“My meeting with her at the DNC inspired the interview because when I met her, she was genuinely concerned about how I was doing. She hugged me like a grandma,” Blige said. “It’s not just about her being a politician; it’s about who she really is - that’s what I wanted. And I want people, our people, to get an opportunity (to see that) because everybody’s like, ‘I hate her’ or ‘blah, blah, blah,’ but who is she? That’s what we want to see.”

Blige is endorsing Clinton. She said she was nervous as she came up with questions for the interview. The topics ranged from faith to Clinton’s relationship with her mother and her role as a grandmother.

Blige, a nine-time Grammy winner, first launched a radio show with Apple Music called “Real Talk” last year. She said she is planning to film more interviews for “The 411,” though it won’t include her singing from her seat.

“That will never happen again. That was just for her,” she said.