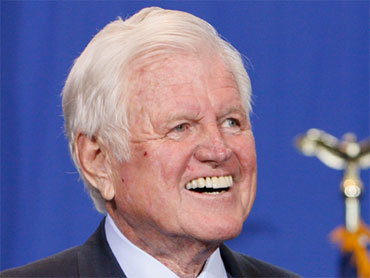 The House vote was 97 to 58. Another vote is necessary before the measure moves to the state Senate for debate, the Boston Globe reports.

State Republicans have been delaying the vote and alleging that the effort to clear the way for the appointment is based on partisan interests. But with their parliamentary delays running out, a state Senate vote is expected as early as next week.

Political observers predict there will be enough votes in the Senate to pass the measure. Patrick, a Democrat, could then sign it and appoint a replacement for Kennedy at any point thereafter.

An additional Democratic senator would be extremely valuable to Senate Democrats as they try to pass a health care reform bill expected to be opposed by nearly every Republicans senator.

Barring the use of an obscure procedure known as reconciliation, Democrats will need 60 votes to overcome a Republican filibuster. Kennedy's replacement would be the 60th senator to caucus with the Democrats.

Whomever Patrick appoints would serve until January, when the state will hold an election to decide who will serve out the rest of Kennedy's term. The longtime legislator died last month after a battle with brain cancer.