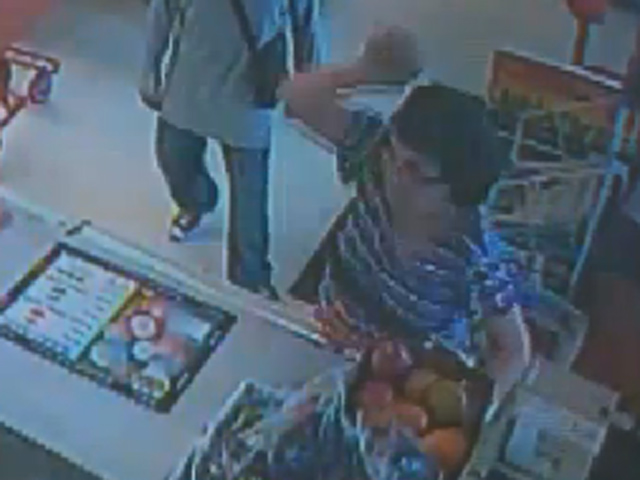 (CBS/WBZ) NEW BEDFORD - An 80-year-old Massachusetts woman fought off two robbers trying to hold up a New Bedford market by pelting them with fruit.

According to CBS Boston, Otilia Martins was working inside the market, which belongs to her son-in-law,  when she saw two masked men holding up the clerk at gunpoint.

Martins started pelting the men with mangoes and apples. One of the suspects responded by pistol whipping Martins before taking off.

Martins' son-in-law, Manuel Nogueira, who owns the Continental Market, was outside at the time and heard the commotion, CBS Boston reports. He managed to chase down one of the suspects, identified by SouthCoastToday.com as 22-year-old Eduardo Torres-Lopez.

Police reportedly found the other suspect, 24-year-old Jesse DosSantos, hiding in an apartment building, on the second floor where he lives. They recovered a .38 caliber revolver in the couch cushions. Investigators say it's the same weapon DosSantos used in the robbery.