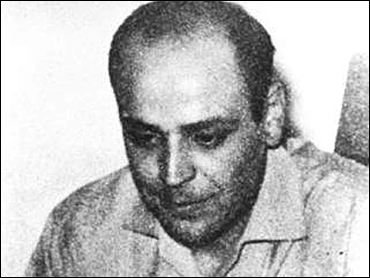 A one-time close aide to Abu Nidal claimed the elusive Palestinian terrorist, found dead in Iraq this week, was behind the 1988 bombing of a Pan Am Flight 103 over Lockerbie, Scotland.

In a series of interviews published in the Arabic Al Hayat newspaper this week, Atef Abu Bakr claimed that Abu Nidal told a meeting his radical Fatah-Revolutionary Council was behind the bombing that killed 270 people, most of them Americans.

Abu Bakr is a former spokesman for the group and one of Abu Nidal's closest aides between 1985 and 1989, when he split with him over management of the organization. Abu Bakr's whereabouts were not known.

The attack has been blamed on Libya, and in March this year, a Scottish appeals court upheld the murder conviction of former Libyan intelligence agent Abdel Basset Ali al-Megrahi for the blast.

Al-Megrahi was sentenced to life in prison, with no possibility of parole for 20 years. A second Libyan, Lamen Khalifa Fhimah, was acquitted.

No comment was available late Thursday from the office of the Scottish prosecutors in the case against al-Meghrahi.

"Abu Nidal told a ... meeting of the Revolutionary Council leadership: I have very important and serious things to say. The reports that attribute Lockerbie to others are lies. We are behind it," Abu Bakr was quoted as saying in the interview to be published in the paper's Friday edition. The paper provided the AP with a copy of the article.

Abu Bakr did not say when the alleged meeting took place. The gathering was attended by five members of the council, including Abu Bakr and Abu Nidal.

'"If any one of you lets this (word) out, I will kill him even if he was in his wife's arms,"' Abu Bakr quoting Abu Nidal as saying.

The spokesman for Abu Nidal's group in Beirut, Ghanem Saleh, could not be immediately reached for comment.

Ghassan Sharbal, al-Hayat's assistant editor who conducted the interview, said he spoke to Abu Bakr before Abu Nidal's death was announced this week. He refused to provide other details.

On Wednesday, the Iraqi intelligence chief said in Baghdad the 65-year-old Abu Nidal ended his own life rather than face an Iraqi court for allegedly communicating with a foreign country.