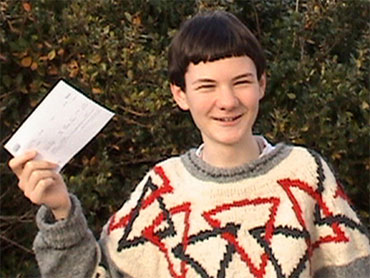 A 14-year-old math prodigy has been offered a place at Britain's prestigious Cambridge University - if he can pass just one more exam.

Arran Fernandez, who was home-schooled in southern England's Surrey county, was offered an undergraduate place at Cambridge's Fitzwilliam College after passing the university's entrance exam.

He now needs only to pass his physics A-level exam - a standardized test for British students - to enroll.

British media Thursday quoted the boy's father, Neil Fernandez, as saying that Arran would be the youngest Cambridge undergraduate since William Pitt the Younger, who became prime minister, attended at the same age in 1773.