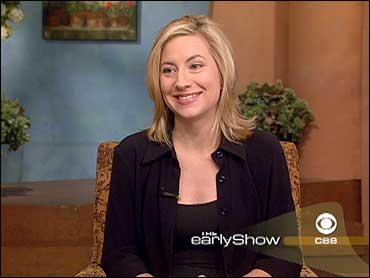 New research reveals that doctors appear to be leaving out basic facts about how medications work and how the drugs should be taken.

On The Early Show Tuesday, medical correspondent Dr. Emily Senay said the study, in the Archives of Internal Medicine, was an eye-opener.

Researchers taped recorded office conversations involving 45 physicians and 185 patients, with their permission, at health facilities in Sacramento, Calif. They then analyzed how completely the physicians briefed the patients on medications they were prescribing.

The study showed that 13 percent did not describe why patients were supposed to take medications. Sixty-six percent failed to say for how long a time the drugs were to be used. Sixty-five percent did not mention potential adverse effects.

These are all things that patients should know before they fill a prescription and start to use it, Senay pointed out.

The authors of the study say doctors often assume that pharmacies will fill in the gaps, with information printed on prescription labels and package inserts. That's true to a point.

But, Senay says, patients still may not really know what the medications are, or whether they're supposed to finish the full prescriptions even after they feel better, something that's very important in the case of antibiotics. They may not know if the prescriptions will need to be refilled, and they may not know if there are adverse effects that come from mixing these drugs with other medications. Also, physicians may have special reasons for prescribing a medication, such as a patient's unique medical history, that the standard handouts at the pharmacy just don't address.

So, how can a patient find these things out?

If your doctor hasn't told you, ask, Senay urges. When it comes to finding out what you need to know about the medications you're taking, the study's lead author says, don't be shy. That includes over-the-counter products, whether your doctor recommended them or not.

Your doctor is the person in the best position to tell you how all medications you take can help you, or hurt you, and how best to use them, Senay concluded.

For much more on the Agency for Healthcare Research and Quality study, click here.