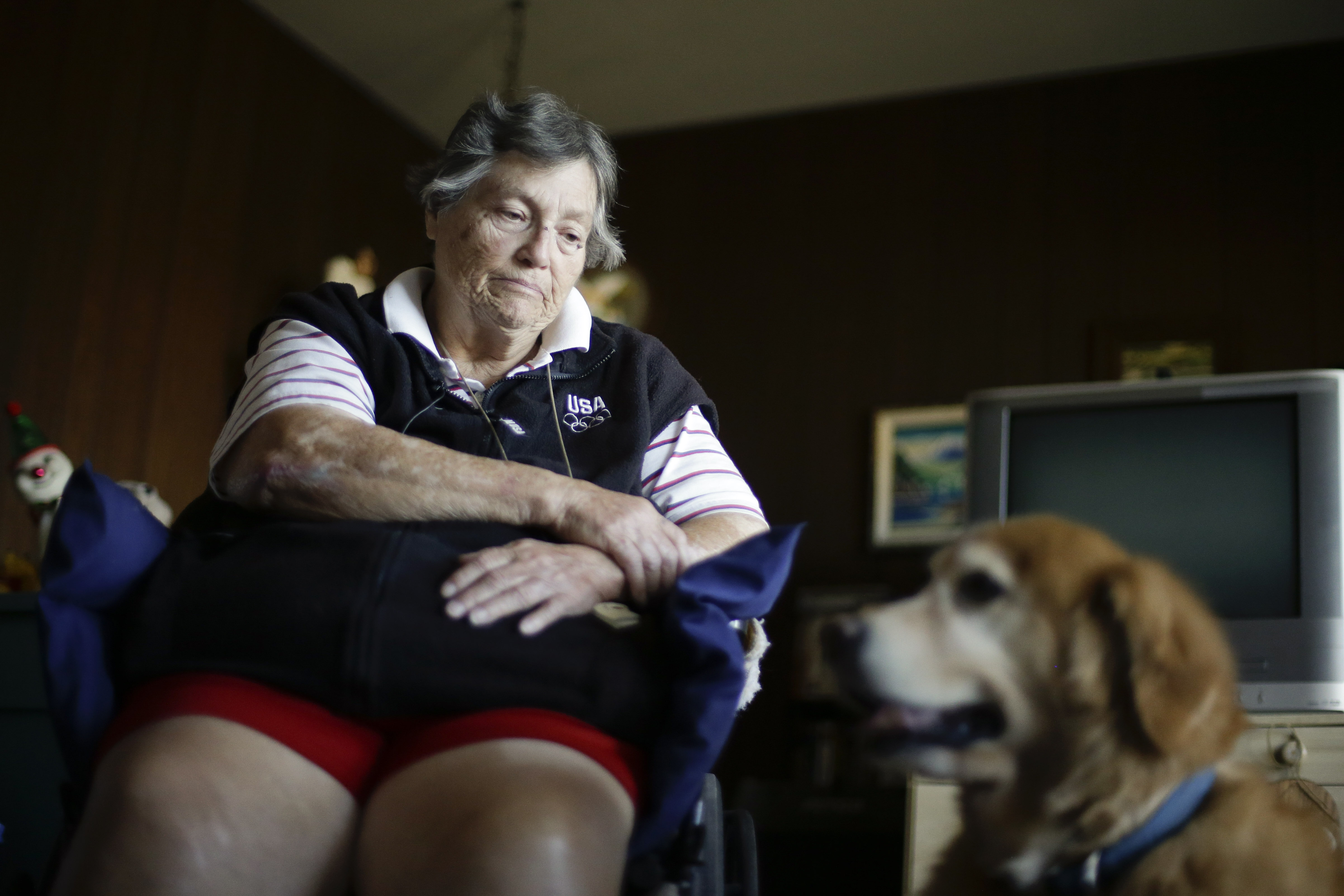 LOS ANGELES -- If Meals on Wheels didn't deliver donated dog food, Sherry Scott of San Diego says her golden retriever Tootie would be eating the pasta, riblets and veggie wraps meant for her. But thanks to partnerships between the program for low-income seniors and pet groups across the country, fewer people and pets are going hungry.

After Meals on Wheels volunteers noticed a growing number of clients giving their food away to their furry friends, they started working with shelters and other pet groups to add free pet food to their meal deliveries. Those programs, relying on donations and volunteers, have continued to grow in popularity as seniors began eating better, staying healthier and worrying less about feeding their pets, one group said.

Meals on Wheels is just one organization serving people who are poor, disabled or elderly, but it has a vast reach. It has teamed up with independently run pet partners in several states, but how many isn't known, said Jenny Bertolette, spokeswoman for Meals on Wheels Association of America in Alexandria, Va.

Partner pet groups will solicit, pick up, pack and get the animal chow to Meals on Wheels or another agency that donates food, volunteers said. Agencies also take pet food to nursing homes, senior centers or community centers.

Those who qualify for Meals on Wheels or similar programs are almost always eligible for a free pet food program.

"Pets are so important to our seniors. They are social workers, depression counselors, a lifeline for a lot of them," said Charles Gehring, CEO of Columbus, Ohio-based LifeCare Alliance, a nonprofit providing meals and other services to low-income seniors.

It is common for low-income seniors or people with disabilities to feed their dogs or cats instead of themselves, Gehring said. The nonprofit started a pet food giveaway program five years ago that serves more than 1,000 animals a month.

LifeCare Alliance launched the program after taking a survey and learning many of the Columbus area's seniors had pets. Most were low income, didn't drive and were isolated. Gehring said 70 percent reported not seeing anyone besides their Meals on Wheels driver each week.

"The pets are so important to them. But people need to eat what we give them. Pets don't need salisbury steak," Gehring said.

Both Scott and Timothy Goddard, 34, of Columbus, Ohio, live on just hundreds of dollars a month.

Goddard, who is disabled and has HIV, said if he didn't get free food for his 2-year-old black Lab, Max, he couldn't have a dog at all.

"He's my companion. I got no kids, so he's my everything," he said. "We take walks, do everything together."

For Scott, critical food deliveries arrive from Meals on Wheels in San Diego, which partnered with Helen Woodward Animal Center 15 years ago to add pet food drop-offs. Woodward had started one of the first pet food programs in the nation in 1984, called AniMeals, which expanded its reach when the agencies partnered.

"Animals provide companionship and love," said Luanne Hinkle, director of development for the San Diego Meals on Wheels. So when Woodward suggested the partnership, "we jumped right in."

The partnership formed after "a (Meals on Wheels) volunteer discovered one of her clients was sharing her delivered food with her cats, sacrificing her own health," she explained.

It takes 40 volunteers to collect 3,000 pounds of donated dry food and about 3,200 cans of wet food for dogs and cats each month.

The biggest challenge is getting donations, Gercke said. Despite bins in pet stores and markets where people can donate, "there is never a time we don't need more food."

Some groups and shelters offering pet food programs nationwide have gotten a boost from Banfield Charitable Trust grants, offered since 2007. It's given funding to a social services department in North Carolina and LifeSpan Resources in New Albany, Ind., a nonprofit providing information and assistance to seniors and the disabled, as it tries to get its program up and running.

Scott, a former tennis teacher who lives on less than $800 a month, has been receiving Meals on Wheels deliveries for four years and pet food from AniMeals for about one. She has to save up for three or four months just to take Tootie to the groomer.

"The pet food program is a lifesaver," she said.