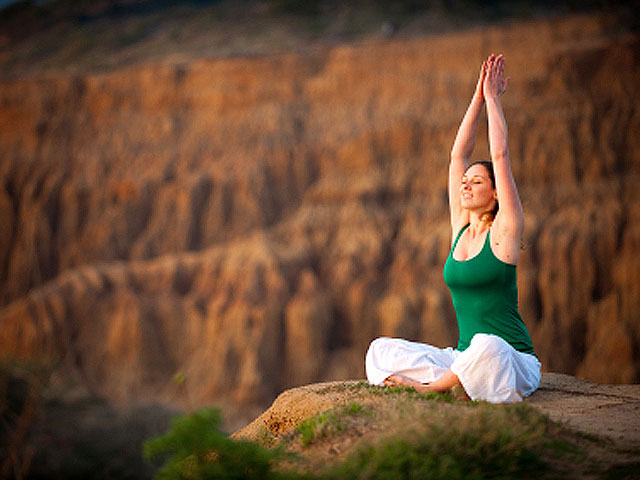 "It appears that Transcendental Meditation is a technique that turns on the body's own pharmacy -- to repair and maintain itself," study author Dr. Robert Schneider, director of the Institute for Natural Medicine and Prevention in Fairfield, Iowa and dean of Maharishi College of Perfect Health, said in a press release.

In Transcendental Meditation, people use a mantra -- a word, sound or phrase that's repeated silently -- to prevent distracting thoughts from reaching the mind in order to achieve a state of relaxed awareness, according to the government's National Center for Complementary and Alternative Medicine.

The new study involved 201 black men and women who already had heart disease. They had an average body mass index (BMI) of 32 -- which is considered obese -- and were an average age of 59 years old. About 38 percent of the meditation group and 43 percent of the health education group were smokers.

Participants were randomly assigned to either a Transcendental Meditation program in which they'd meditate with their eyes closed for about 20 minutes twice each day, or to a 20-minute health education class where professional educators taught diet and exercise tips that can be used at home.

The study lasted five years, and after an initial evaluation at three months, participants were tracked every six months to see how they were doing.

The researchers found that people who meditated had a 5 mmHG drop in blood pressure and reported major decreases in the amount of anger they felt compared with those taking education classes. They were also more likely to stop smoking cigarettes and less likely to die a premature death than the control subjects.

"The research on Transcendental Meditation and cardiovascular disease is established well enough that physicians may safely and routinely prescribe stress reduction for their patients with this easy to implement, standardized and practical program," Schneider said.

He told Theheart.org that the protective benefits may be explained by both the blood pressure drops and improvements in anger, since the latter has been tied to an elevated risk of heart attacks and other cardiovascular events in people with heart disease.

Both groups showed benefits when it came to exercise and reducing their alcohol consumption, but statistically speaking, there were no significant differences between groups in weight, exercise or diet.

Heart disease is the leading cause of death in the United States and rates are about 50 percent higher in black adults compared to whites. The researchers focused on black subjects because of such health disparities in America.

The study was published in the Nov. 13 issue of the journal Circulation: Cardiovascular Quality and Outcomes.

Commenting on the study, Dr. Gregg Fonarow, professor of cardiology at the University of California, Los Angeles, told HealthDay that while some research has suggested that Transcendental Meditation carries health benefits, the new study was too small and did not conclusively show cause and effect.

"More studies and replication of these findings are needed," he said.