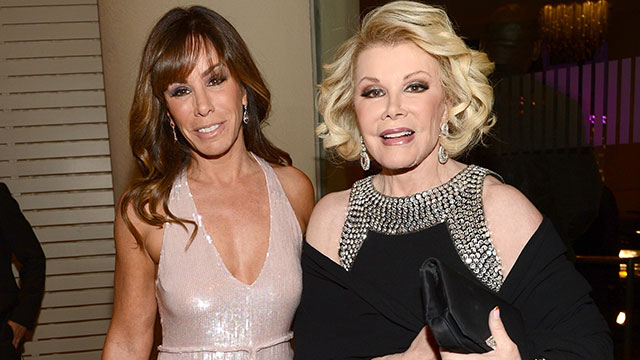 One day after witnessing their fellow "Fashion Police" co-host Kelly Osbourne suffer a seizure on set, Joan and Melissa Rivers are opening up about the terrifying events of yesterday and how they sprang to action when no one else would.

After Melissa recognized Kelly was exhibiting signs of a seizure, she reveals to ET that her instinct kicked in and she, with the help of her mother, was able to practice the proper procedures until help arrived.

"More than anything it was just scary," she recalls. "I just laid on the ground holding on to her until the paramedics came."

Melissa further explains, "I made her look at me. I said, 'I'm here, stay with me, it's all fine.' I explained where we were."

After the seizure ended, Osbourne wanted to continue taping the show but Joan insisted she go to the hospital.

Kelly addressed the events of the day herself Thursday night in a tweet to her fans thanking them for their support.

"Thank U all 4 UR beautiful well wishes," she wrote. "Yes I did have a seizure they are just trying to figure out why."