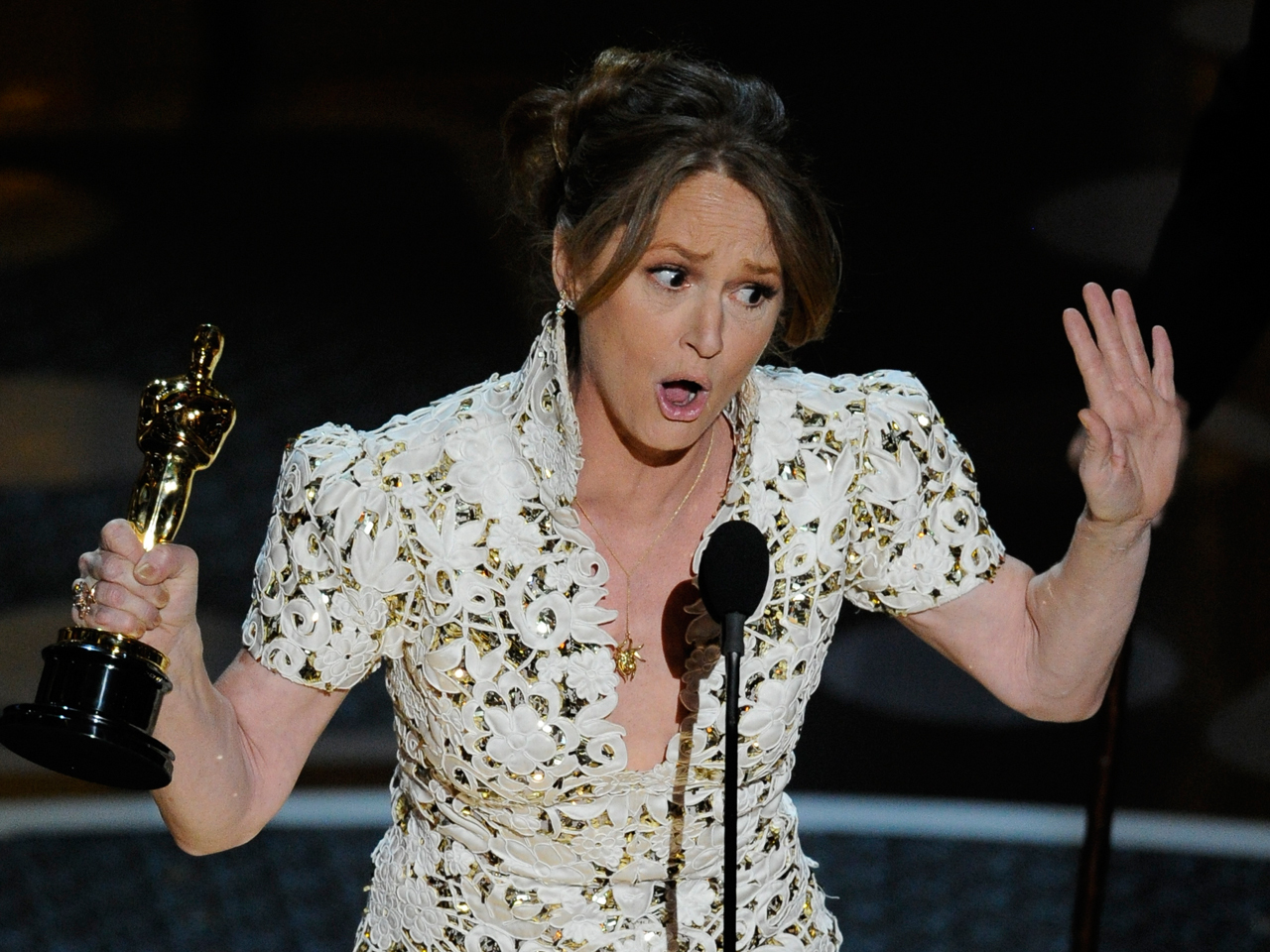 (CBS) Melissa Leo had two firsts at the Academy Awards Sunday night. She won her first Oscar for Best Supporting Actress for her role in "The Fighter" and she dropped what may be the first F-bomb in the history of the Academy Awards. She talked about the award and her language backstage.

"I applaud you for taking your character from the movie on stage, dropping what I think is the first ever F-bomb in the Oscars," said an interviewer. "How does that feel?"

"I had no idea," said Leo. "Those words, I apologize to anyone that they offend. There's a great deal of the English language that is in my vernacular."

Clearly nervous on stage as she accepted the award fromKirk Douglas, Leo said, "When I watched Kate [Winslet] two years ago it looked so [bleep] easy."

The remark was bleeped so TV audiences never heard her, though they did hear the audience explode in laughter.

If the Academy wanted young and hip in co-hosts James Franco and Anne Hathaway, they got it in Melissa Leo.