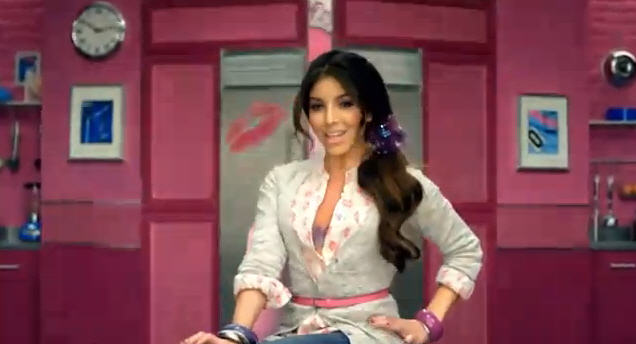 (CBS) If you saw this new Old Navy commercial and wondered when Kim Kardashian found the time to film a commercial for the clothing brand, you're not alone - but the woman in the ad isn't a Kardashian.

It's Melissa Molinaro, a Canadian-born singer and actress.

Molinaro, born Melissa Smith, has lived in the U.S. since she was 13 and is no stranger to television.

She can been seen on the reality shows "Making the Band 3" and "The Pussycat Dolls Present: The Search for the Next Doll," and has appeared on TV series like "The Young and the Restless," "Grounded for Life" and "How I Met Your Mother."

Do you think she looks like the "Keeping Up with the Kardashians" star?