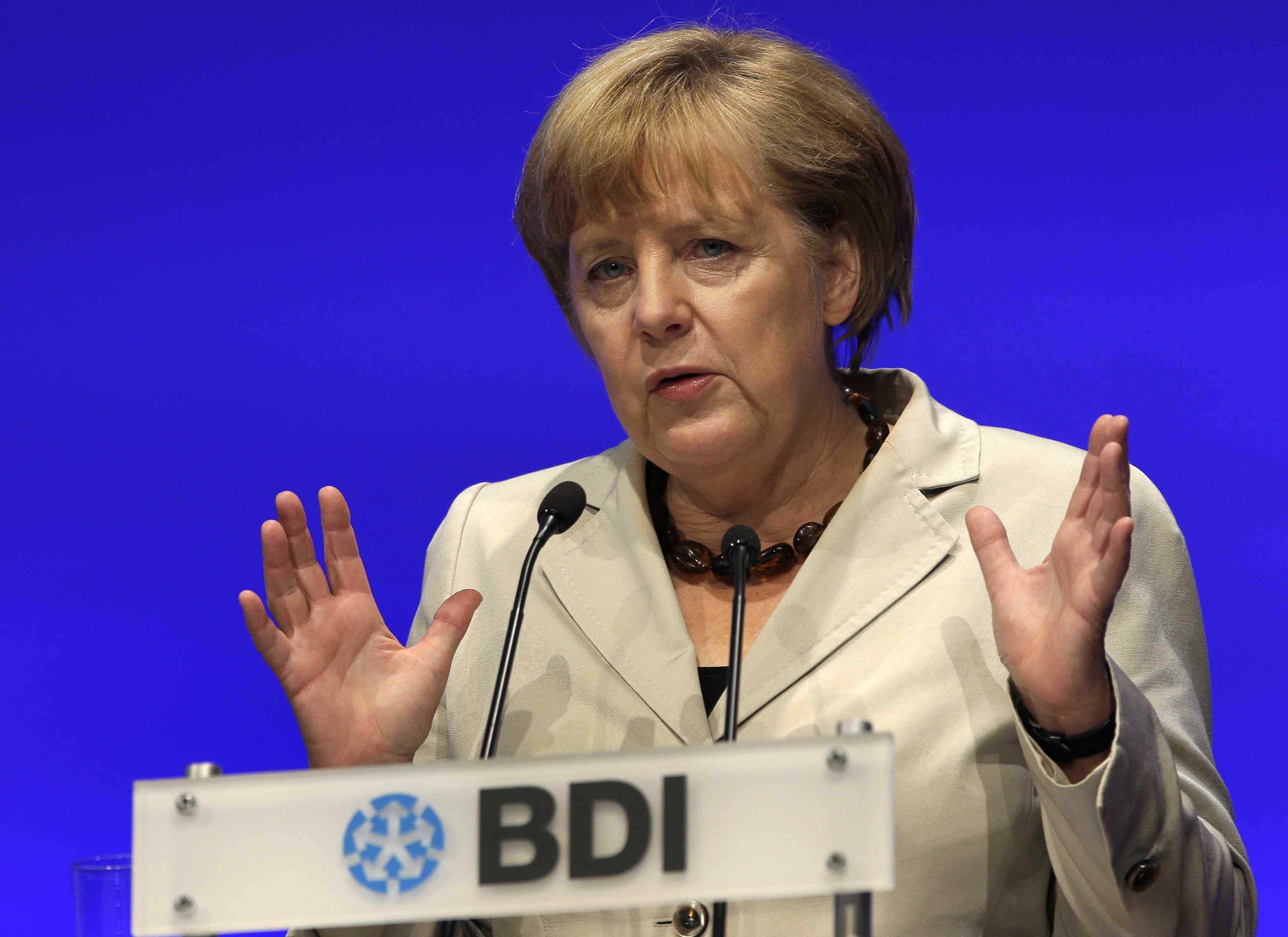 (AP) BERLIN - Chancellor Angela Merkel insisted Tuesday that Germany must keep its labor costs competitive, insisting that to ease up would do nothing to help Europe as less economically successful countries struggle with the debt crisis.

Germany enacted labor market reforms over the past decade and, in recent years, employers and employees have agreed on relatively restrained wage increases.

That's helped Germany's success on export markets, but some economists and officials outside Germany worry that that success comes at the cost of other, less competitive, countries in the 17-nation eurozone. The cap on wage increases has also limited German consumer spending on European goods.

Merkel has consistently pinpointed differences in competitiveness as a central problem in Europe and said much more needs to be done despite recent reforms in countries like Italy and Spain. Those reforms have led to "greater coherence," Merkel said at an industry conference, but "we are still a fair way apart in Europe."

"People say: you need uniform unit labor costs and so you Germans we are often advised must increase your unit labor costs faster so that you come closer more quickly to those who have to decrease" them," Merkel said.

She insisted it was a point on which "we can make no compromises."

"That may be a possibility if you have an eye only on the question of solving the euro crisis in the short term, but anyone who really has the long-term well-being of Europe at heart must not fall for it," she said.

Growth, Merkel insisted, can only be generated if European economies are able to make products that can be sold even in emerging markets, where low-cost labor makes competition stiff.

Germany remains economically solid, although experts are predicting a slight decline in output in the current quarter. The economic strength has helped government finances; Merkel said Tuesday that the budget deficit should be 0.9 percent of gross domestic product this year, well short of the 3 percent limit eurozone countries are supposed to adhere to.

But the outlook is darkening, even for Germany, as Europe's economic uncertainty weighs on the continent.

It noted that the recessions in Spain and Italy are deepening and the so-called core countries like Germany and France are feeling the pinch as well.

Merkel reiterated her long-held stance that overcoming the crisis will be a long process, and noted that markets still question whether some countries can service their debts.

European Central Bank President Mario Draghi was due to speak at the same conference later. The ECB recently unveiled a plan to buy unlimited amounts of government bonds to help lower borrowing costs for struggling countries but only if those nations first apply for aid from Europe's bailout funds, which comes with strings attached.