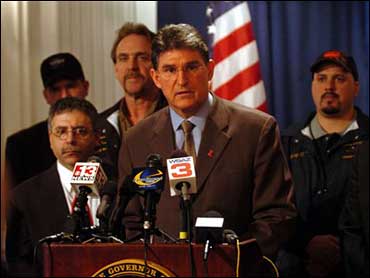 New York Mets general manager Steve Phillips took a leave of absence Sunday after the team learned a former employee is threatening to sue him for alleged sexual harassment.

Phillips, who will be replaced by former Mets general manager Frank Cashen, acknowledges he had a relationship with the employee from the team's Florida office, but he denies he ever harassed her.

"While I had a brief consensual sexual relationship, at no time were there any actions or statements that could be construed as sexual harassment," Phillips said in a statement.

The Mets would not release the name of the employee, who left the organization about a year ago.

It is uncertain when Phillips will return to the team. He is undergoing counseling with his wife during his leave.

"I am determined to address my personal problems," Phillips said. "After conversations with the Mets, they agreed that I should try to straighten out my personal life."

The Mets do not believe a lawsuit would have merit and plan to defend any accusations vigorously.

"While the Mets' organization does not condone Phillips' behavior, we are confident he can put his personal life back in order," said Dave Howard, the Mets' senior vice president for business and legal affairs.

Phillips, who has two children, replaced Joe McIlvaine as general manager in 1997 and orchestrated the off-season re-signings of Mike Piazza and Al Leiter.

Cashen was the Mets general manager from 1980-91 and built their 1986 championship team. He has served as a part-time consultant to owners Fred Wilpon and Nelson Doubleday since 1992.

Along with assistant general manager Omar Minaya, Cashen will implement Phillips plans for the off-season, which include acquiring a second baseman and corner outfielders.

"I don't anticipate any trouble getting up to speed and being competitive with any ballplayers we want to get," Cashen said. "I don't believe general manager is a do-it-yourself job. I will lean on other people."