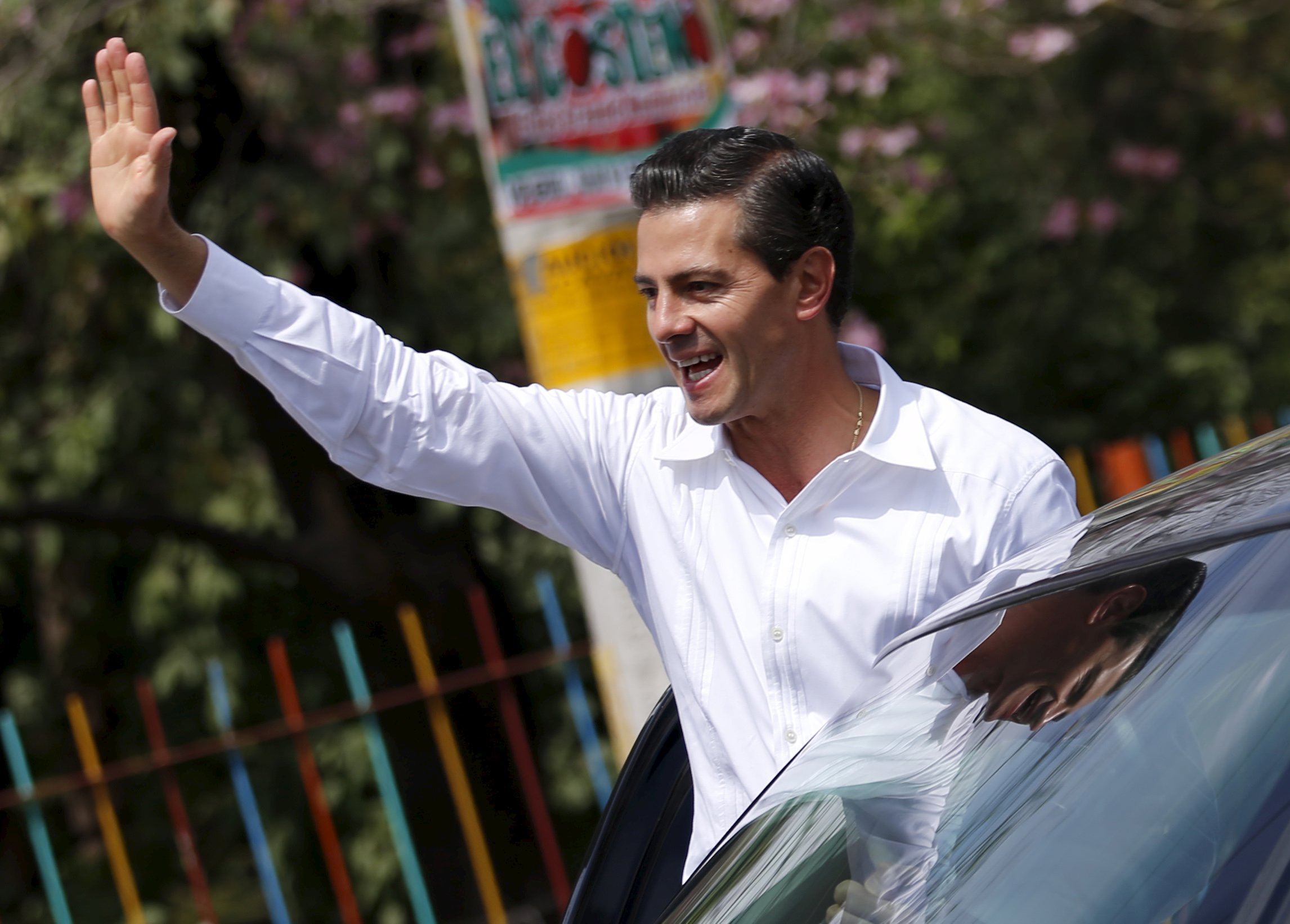 Republican front-runner Donald Trump is continuing to repeat his call for Mexico to pay for a wall along the U.S.-Mexico border--and Mexico's president, Enrique Pena Nieto, isn't having any of it.

Asked by Excelsior, a daily newspaper in Mexico City, whether there was any scenario in which Mexico would be willing to pay for Trump's proposed wall, Pena Nieto issued an unequivocal no.

"There is no scenario," he said. "I have to say that I regret (the plan), and of course, I can't agree with this American politician's position."

Pena Nieto also compared Trump to fascist dictators Adolf Hitler and Benito Mussolini, saying his brand of "populism" and his rise has been similar to the way the two men came to power in the early 20th century.

"There have been episodes in human history, unfortunately, where these expressions of this strident rhetoric have only led to very ominous situations in the history of humanity," he said. "That's how Mussolini got in, that's how Hitler got in -- they took advantage of a situation, a problem perhaps, which humanity was going through at the time, after an economic crisis. And I think what (they) put forward ended up at what we know today from history, in global conflagration. We don't want that happening anywhere in the world."

Fox said in February that Mexico wouldn't pay for "that f***ing wall," comments he later doubled down on. He also compared Trump to Hitler. Calderon said Trump is "sowing anti-American hatred around the world."