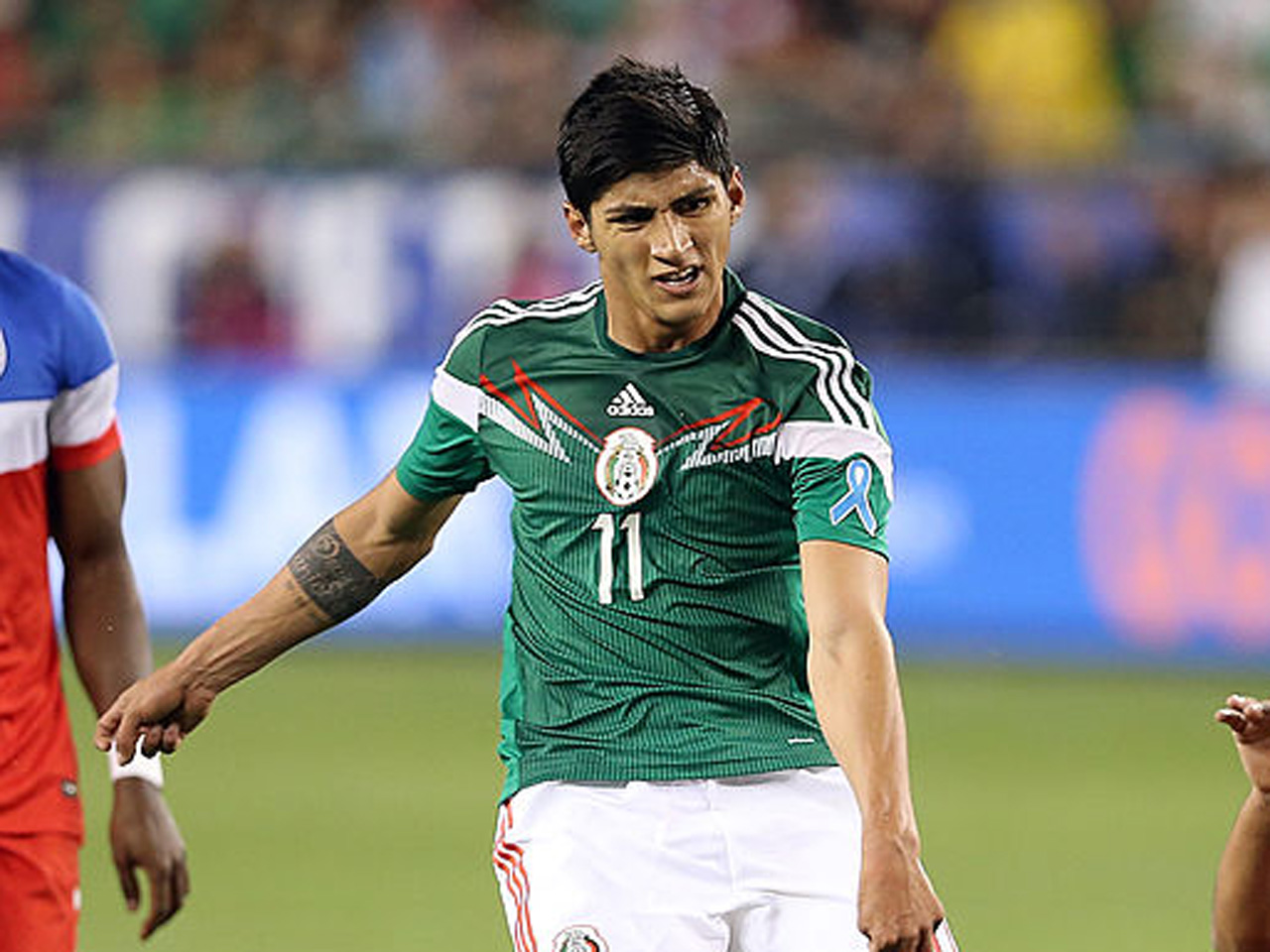 Pulido is a forward for Olympiacos of Greece and was part of Mexico's 2014 World Cup team, though he wasn't called up for the Copa America tournament that starts this coming week.

"We have information that he was intercepted by armed persons and since then his whereabouts are unknown," said state Attorney General Ismael Quintanilla.

The Tamaulipas Coordination Group that includes federal and state security agents said on its Twitter account that it was searching for the player. Reporters in the city saw an unusual deployment of troops and police in the streets, while at least two police or military-style helicopters flew overhead.

The official said the 25-year-old player was kidnapped after leaving a party near his hometown of Ciudad Victoria, the capital of a state that has been plagued by organized crime. Among the most infamous drug war incidents in Tamaulipas in recent years was the discovery of 72 slain Central and South American migrants on a ranch just south of the U.S. border. The Zetas drug cartel was blamed for the slaughter.

Authorities have not given more details about the kidnapping or its motive.

He debuted and played several seasons with the club Tigres of Monterrey, whose Twitter account expressed solidarity with the player's family "in the difficult situation they are experiencing."

Pulido left Tigres in 2014 to play in Europe, though he has been in a dispute with the Mexican club about whether his contract there continues to be valid. National team coach Carlos Osorio recently said Pulido has the quality to be on the squad, but was left off due to the legal dispute.

In the most recent season, he scored five times in eight appearances with Olympiacos.

Former teammates on Mexico's national team went on social networks to offer their support for his welfare.

"A shame what happened," goalkeeper Jesus Corona said on Twitter. "My prayers are with him and his family at this difficult time."

Similar comments came in tweets by goalkeeper Guillermo Ochoa, defenders Diego Reyes and Miguel Layun and strikers Javier "Chicharito" Hernandez and Oribe Peralta, all of whom are in the United States of the Copa America competition.