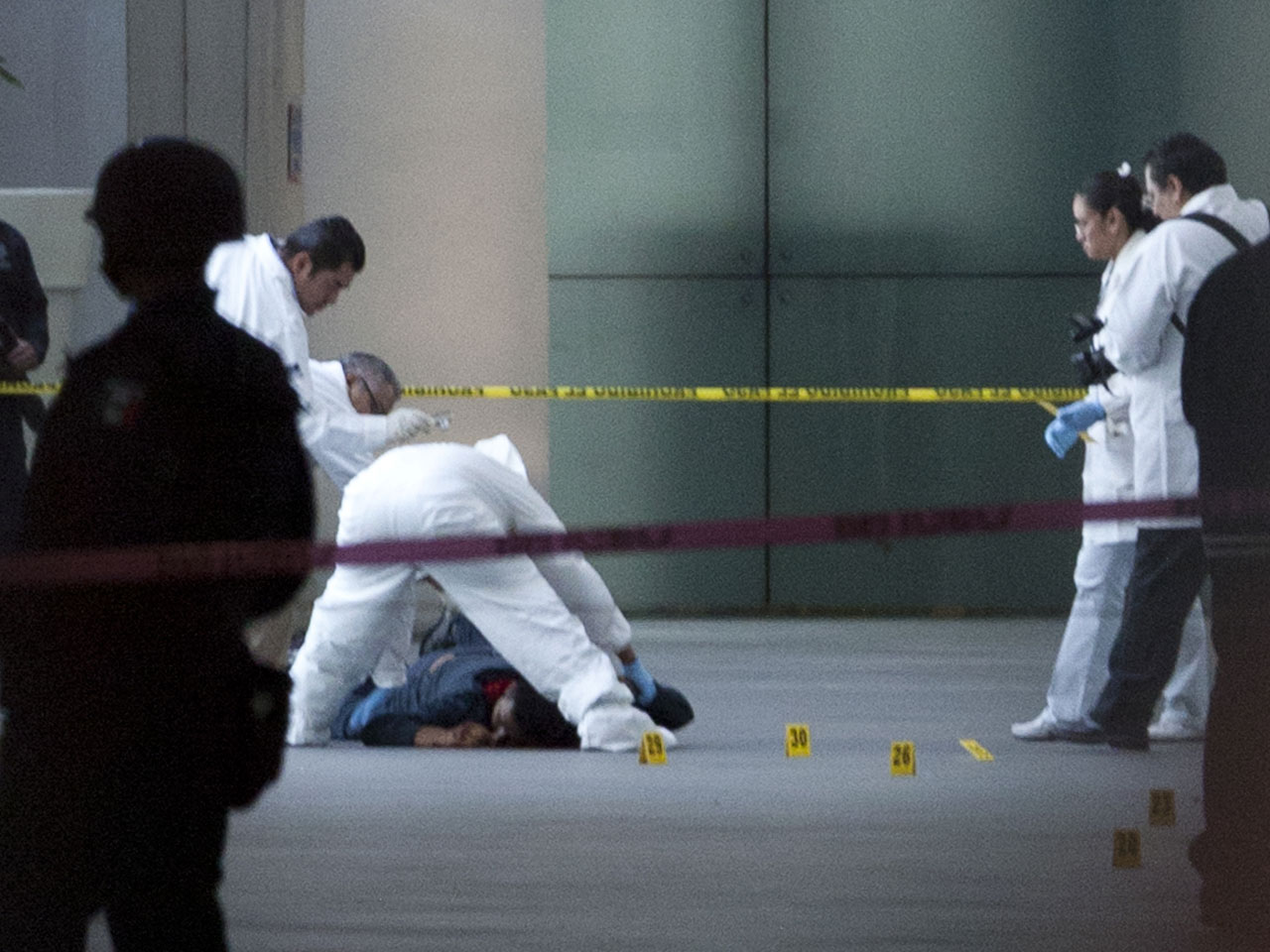 (AP) MEXICO CITY - From cash in chili pepper cans to cocaine in cardboard boxes, Mexico City's international airport has long been considered the capital's main transport hub for drugs and other contraband that seem to move as smoothly as any cargo and usually with no fuss for passengers.

A deadly shootout among federal police on Monday changed that, drawing attention to a darker side of the country's premier airport generally considered safe and efficient in its handling of more than 27 million passengers and 400,000 tons of cargo a year.

Tourists passing Tuesday through the modern Terminal 2, where the shooting occurred, seemed unfazed. But airport workers in the building, with giant walls of white concrete perforated with thousands of decorative holes, said the fatal shooting had shattered their sense of safety.

"I couldn't believe it because there was so much security," said Maria Eugenia Cruz, 52, who has worked as a custodian for five months but was on her day off when the shooting occurred. "I'm afraid of another shootout."

The slain officers were on an anti-narcotics mission as they sought to catch the suspected criminals in the act of drug trafficking, said a federal police official who wasn't authorized to speak on the record. A police statement said the suspects, who were identified in surveillance camera video, were involved in a small-time drug ring. They remain at large.

"It was a huge error to try to capture people inside an airport because it's a sensitive area," said security expert Raul Benitez at the National Autonomous University of Mexico. "It can cause a tremendous international scandal that hurts the image of the police and the airport."

Cartels are known to pay off police, cargo companies, security firms and even pilots and flight attendants to carry drugs and money, including more than $1 million packed into food cans and more than half a ton of cocaine in 13 cardboard boxes with tape bearing the logo of Mexicana Airlines.

Last year, customs agents found $2.5 million rolled up in spools of telephone cable headed for Venezuela, and an Aeromexico pilot was stopped in Madrid carrying 90 pounds of cocaine. That was several months after three Aeromexico flight attendants were caught in the Madrid airport with 300 pounds of cocaine in their luggage, a case that also saw the arrests of private security company employees operating the security checkpoints in Mexico City's airport.

In 2008, federal police chief Edgar Millan was gunned down inside his Mexico City home possibly in retaliation for investigating drug trafficking at the airport. The previous year, the severed heads of three employees of a customs brokerage firm were found near the airport and in the nearby state of Mexico. The decapitations were apparently retaliation for the seizure of a half-ton of Colombian cocaine at the airport, officials said at the time.

Benitez said Mexico's main airport has, in fact, become an alternative route for drugs from Colombia, Peru and Ecuador headed to Europe, while cash comes in from the United States.

It's the same problem in many international airports. U.S. federal agents swept through Puerto Rico's largest airport earlier this month, arresting dozens of baggage handlers, airline workers and others suspected of smuggling millions of dollars' worth of cocaine aboard commercial flights for at least a decade. Airline workers have been arrested in international smuggling operations involving airports in Detroit, Houston and New York, to name a few in the U.S.

Monday's shooting added another deadly chapter to the Mexico City airport's problems. The federal Public Safety Department said the slain agents were taking part in an 18-month investigation into corrupt federal and local officials who were part of a cocaine trafficking ring. The operation has seized 648 pounds (294 kilograms) of cocaine at the airport.

Mexico's customs agency said it doesn't keep a running total of all confiscations at the airport.

The police official said the wanted officers may have once belonged to the federal highway police, a separate agency that was absorbed into general federal forces. While Mexico has dramatically expanded its federal police force with newly trained and vetted officers, some veterans of earlier forces still work under the old corrupt system in which officers routinely collaborate with criminal organizations.

Despite Monday's violence, U.S. Embassy officials said they have no plans to issue a separate travel warning for the airport, aside from their standing recommendations for Mexico.

Tourists passing through Terminal 2 on Tuesday also said they weren't worried, at least not yet.

Mario and Luisa Ortiz, of Argentina, said they vacation in Mexico every year and were on their way to the beach resort of Puerto Vallarta.

"The narcos and the violence don't affect us, " said Mario Ortiz, a 51-year-old banker. "That's a Mexican problem."