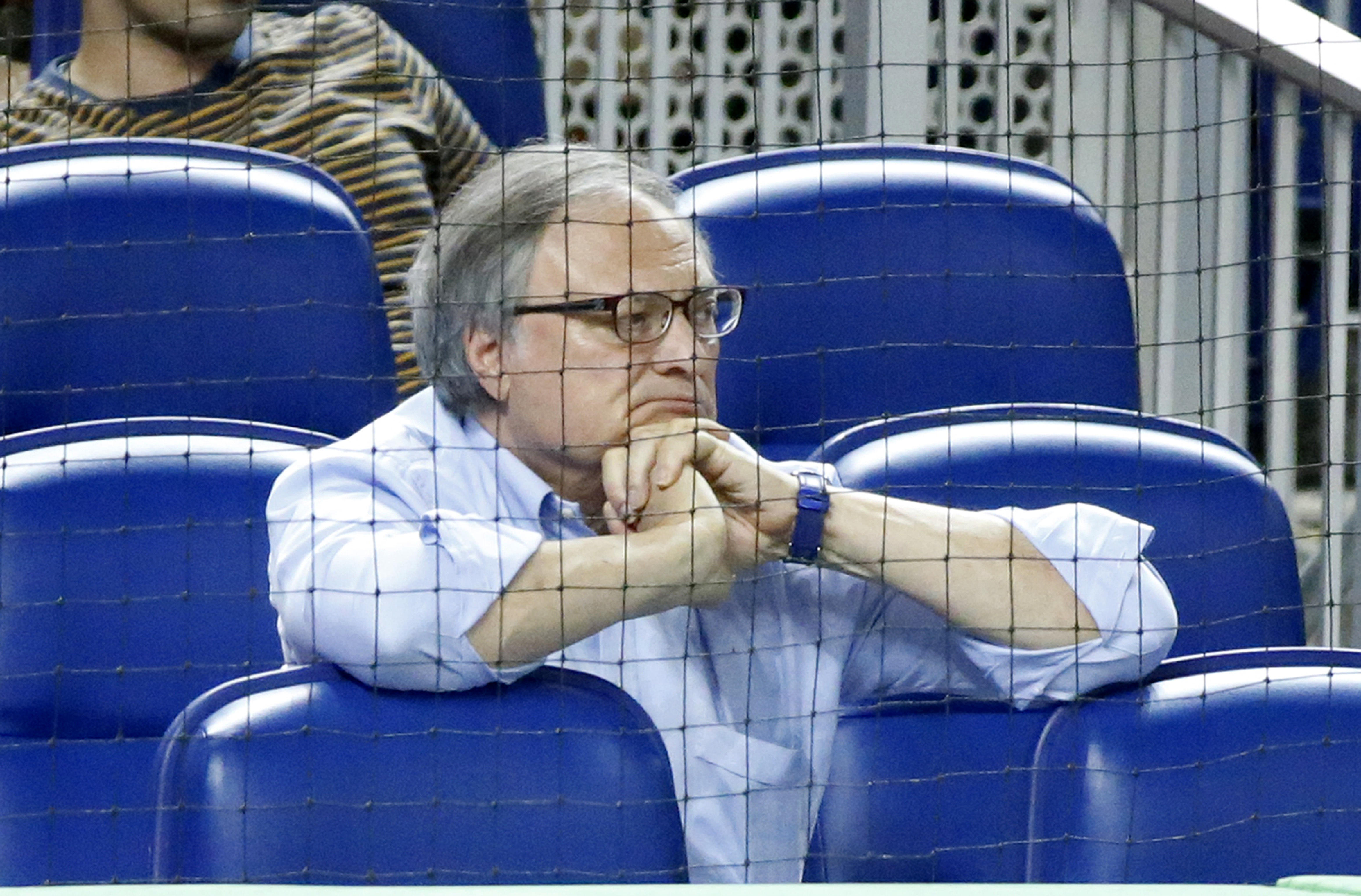 MIAMI -- Miami-Dade County is suing former Miami Marlins owner Jeffrey Loria and the new ownership group led by Derek Jeter seeking money from the $1.2 billion sale of the team. The suit contends a 2009 agreement calls for the county and city of Miami to receive a share of profits from any sale of the team. The deal was related to an agreement to finance the team's ballpark that opened in 2012 and was built mostly with taxpayer money.

Loria bought the Marlins for $158.5 million in 2002 and sold the team to Jeter's group last fall. He claimed a loss on the deal, which the county describes as "fuzzy math."

The county on Friday released the suit, which lists the former and current owners of the team as defendants.

"I don't know anything about it, and I have no comment," Loria said. "They can do whatever they want."

Late Friday evening, Miami-Dade County Mayor Carlos Gimenez said, "Mr. Loria did not meet the terms of the contract with Miami-Dade County and the City of Miami. He owes this community five percent of the profits from the $1.2 billion sale of the Miami Marlins. We will see Mr. Loria in court," CBS Miami reported.

Jeter's group closed on its purchase of the team in October.

"This claim has absolutely nothing to do with this ownership group," the Marlins said in a statement. "This county-city equity payment is 100 percent an obligation of the previous ownership, and it was specifically excluded as part of our purchase of the team. We expect the previous ownership and the county to resolve this dispute in an expeditious manner."

The 64-page suit alleges the Marlins have refused to make a 5 percent equity payment upon selling the team as they had promised. The suit says the franchise failed to provide a detailed calculation from independent accountants as contractually obligated, leaving the county unable to determine whether the Marlins improperly inflated deductions and expenses to claim they owed the county and city nothing.

The suit seeks a jury trial but not a specific amount of money.

Loria became wildly unpopular because of his frugal ownership, and the team has endured eight consecutive losing seasons. Jeter, the former captain of the New York Yankees, now has about a 4 percent ownership stake and leads baseball and business operations as chief executive officer.