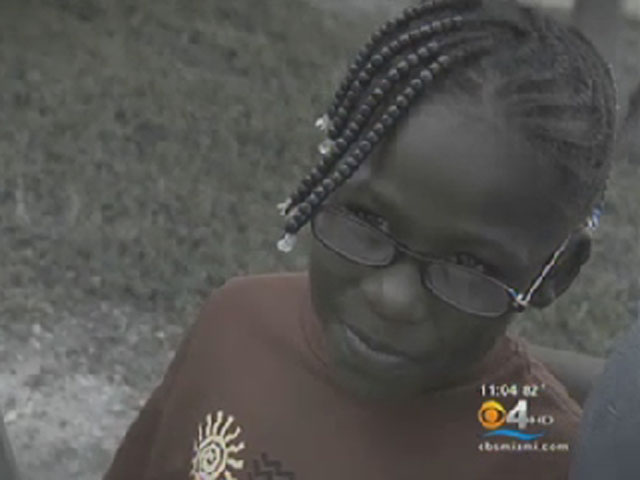 (CBS) MIAMI - A 7-year-old Miami girl is being credited with foiling an attempt to kidnap her 4-year old cousin.

On Tuesday afternoon, a 4-year-old boy named Brandin was playing outside his home, when police say he came face to face with David Moore, 39, who picked up the boy intending to abduct him, CBS Miami reported.

Brandin's grandmother, Phyllis Singleton, said Moore grabbed the boy, and said "God told him" to take him, he wasn't letting him go.

"I thought it was upstairs, but we saw the man and he said, God told me to take you," said A-Nari. "And I had to fight the man so he can let Brandin go," she told CBS Miami.

The girl said her cousin was in shock.

"He wasn't saying nothing. He was shaking," said A-Nari.

Moore let Brandin go and neighbors called police. They found the suspect and arrested him. In bond court, according to CBS Miami, a judge asked him what he owns.

Moore is behind bars facing attempted kidnapping charges, a 4-year-old boy is safe, and 7-year-old girl is being hailed as a hero.