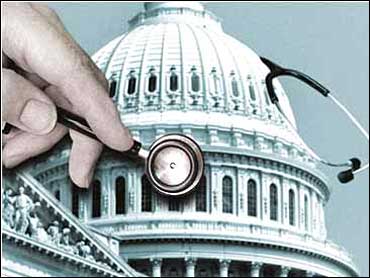 Sen. Michael Bennet (D-Colo.), who fought off tough challenge from Tea Party-backed Ken Buck last week, said in an interview this morning that he expects the Senate to continue working on improving health care reform.

"I think we will," Bennet said in an interview on NPR. "I think we didn't do enough the first time around on cost containment. There's more to be done there, to change the Medicare incentive structure."

Bennet sits on the Health, Education, Labor and Pensions (HELP) Committee, one of the Senate panels responsible in large part for shaping the original package of reforms, which passed in March.

Over the summer, a CBS News poll showed that 39 percent of Americans said President Obama had spent too much time working on health care reform -- an issue that took Congress and the administration months to finish.

No one in Congress seems ready to drop the issue, however. After making strong gains in the midterms, Republicans say they will follow through on their promise to try and repeal the reforms.

A CBS News Election Day exit poll showed that nearly half of voters this November -- 48 percent -- said health care reform should be repealed. Another 31 percent said it should be expanded.

"There's such cynicism about the work that's been done," Bennet said today. "The burden of the reform, in the end, lies on the shoulders of the reformer, and in the context of health care, if you don't do a good job explaining it on the front end, people can make up things like 'death panels' as ways of defeating the reform."