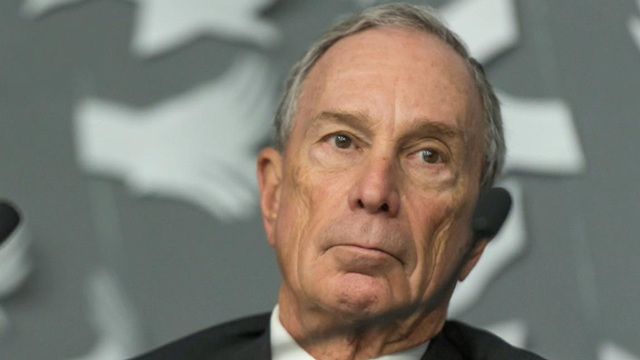 Michael Bloomberg announced Monday that he has decided not to run for president in the current 2016 cycle.

In a column the former mayor of New York City wrote for Bloomberg View, he took a swipe at GOP frontrunner Donald Trump saying Americans cannot "make America great again" by turning their backs on the nation's values.

"I love our country too much to play a role in electing a candidate who would weaken our unity and darken our future -- and so I will not enter the race for president of the United States," wrote Bloomberg, who served as mayor of New York City from 2002 until 2013.

Bloomberg, 74, also warned that if he were to launch a third-party bid, "There is a good chance that my candidacy could lead to the election of Donald Trump or Senator Ted Cruz. That is not a risk I can take in good conscience."

The billionaire media owner complained that the current set of presidential candidates are "promising results they cannot possibly deliver" and they are "doubling down on dysfunction."

"Extremism is on the march, and unless we stop it, our problems at home and abroad will grow worse," he said.

Bloomberg lambasted Trump, saying he has run "the most divisive and demagogic presidential campaign I can remember." He criticized Hillary Clinton and Bernie Sanders for opposing free trade, deficit reduction proposals, charter schools and slamming the financial sector. He also blasted Republicans in general for attacking immigration reform, bipartisan budgets and compromise on entitlement and tax reform.

He said he's been flattered by the calls for him to launch a campaign bid, but confessed that he didn't believe he would be successful.

"...When I look at the data, it's clear to me that if I entered the race, I could not win. I believe I could win a number of diverse states -- but not enough to win the 270 Electoral College votes necessary to win the presidency," he added.

A Bloomberg adviser told CBS News that there was a path for Bloomberg to win 270 electoral votes in a general election if Trump were the GOP nominee and Sanders were Democratic nominee, but his team could not come up with a scenario where Bloomberg would reach 270 if Clinton were the Democratic nominee, which is looking very likely. The adviser said his team did national polling as well as "deep" polling in 22 states.

Just as Vice President Joe Biden said when he ruled out his own bid last October, Bloomberg said he would not stay silent in the race, but added, "I am not ready to endorse any candidate."

Last month, the billionaire media owner said for the first time publicly that he was considering a White House bid.

"I find the level of discourse and discussion distressingly banal and an outrage and an insult to the voters," Bloomberg told the Financial Times, adding that the American public deserves "a lot better."

But recent polls have shown voters have had little interest in a Bloomberg run. A Associated Press-Gfk poll from late February, for example, found that 61 percent of Democratic voters said they wouldn't vote for him, as did 63 percent of GOP voters. Nearly a third said they would consider it.

Clinton and Trump, meanwhile, have been leading their respective races. According to CBS News' latest count, Trump has 378 delegates while Cruz has 298 delegates. Rubio is trailing them with 146 delegates and Kasich only has 35. For the Republicans, a candidate needs 1,237 delegates in order to clinch the nomination. On the Democratic side, Clinton has picked up 1,123 delegates while Sanders has accumulated 484 delegates. A candidate needs 2,383 delegates in order to win the nomination.