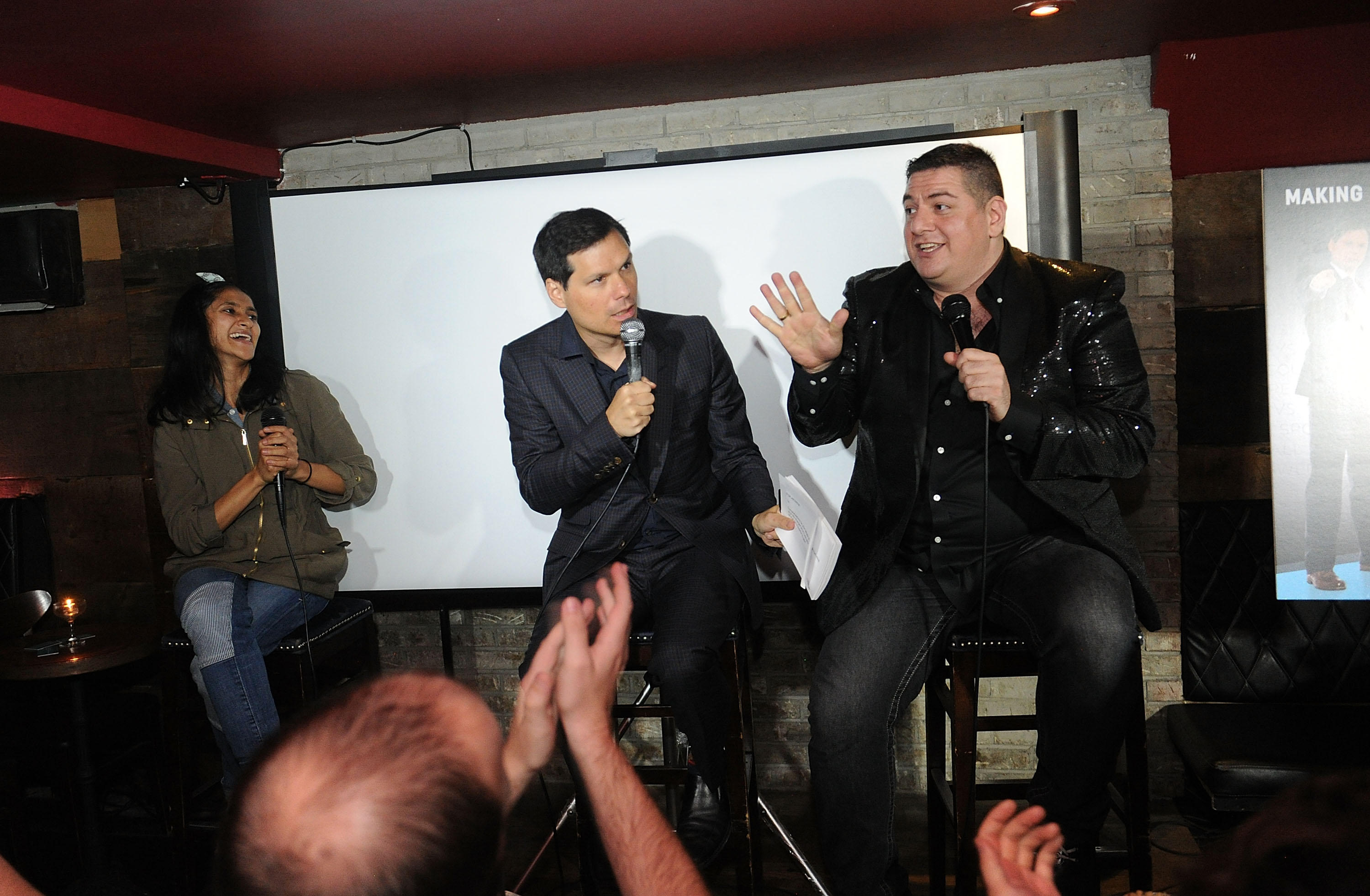 Michael Ian Black says he loves watching arguments, and luckily for him, 2016 is bringing not just the presidential campaign but also a new show on Seeso called “Debate Wars.”

The show has comedians facing off on hot-button topics like “Staycation vs. Vacation.” Black talked to CBS News about why he prefers to be a moderator and what the response has been to his “children’s book” on Donald Trump.

How did you end up moderating “Debate Wars”?

I was asked to be a part of it and I was happy because I like when people argue and I like instigating arguments and I like watching people get upset, but I don’t necessarily want to get upset myself. I like stirring the pot.

Do you do that with your wife?

No, because then i’m involved in the argument. I want to be a neutral observer.

What was your favorite debate?

There were some surprises. On cake versus pie, the result was shocking.

Did you ever feel like it was really hard not to take a side?

Oh, I think sometimes I had my preferences come out. I stay neutral. I’m neutral. That’s kind of a lie. I have no compunction about expressing my opinion.

Speaking of hot topics, what are your thoughts on Hillary Clinton’s health?

Well, she seems healthy to me, but I’m not a medical doctor. I get sick sometimes and when I get sick, I take a rest and I’ve even been known to pass out. Once I did it at the gym. I passed out. I passed out on a New York City sidewalk -- that was embarrassing. And I was much younger than she is now. I was only in my early 50s. [Black is 45.]

You wrote an adult “children’s book” about Donald Trump: “A Child’s First Book of Trump.” Did any children actually read it?

How has been the reception been?

If you go on Amazon and see the reviews, you’ll see that it’s been people who think it’s very funny and then there are people who think you’re preaching hate. There’s nothing hateful in the book at all.

No. We started working on it and no, I can’t tell you anything about it other than Iron Man makes a return -- Robert Downey Jr. plays Iron Man in this season of “Wet Hot American Summer.”

Do you have any other projects in the pipeline?

Nope. I am unemployed and possibly unemployable.