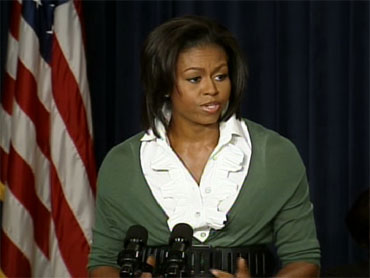 Michelle Obama is paying her first visit to "Live! With Regis and Kelly."

The show announced Monday that the first lady will be a guest of Regis Philbin and Kelly Ripa on Feb. 9.

Mrs. Obama will be in New York to mark the first anniversary of the Let's Move! campaign to fight childhood obesity.

She is expected to discuss the campaign during her "Live!" appearance.