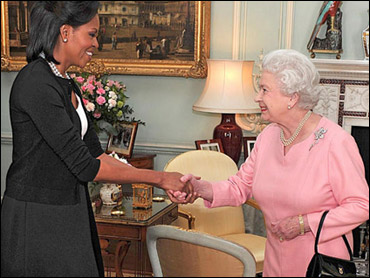 Or at least that is what she told Regis Philbin and Kelly Ripa Wednesday in an interview on "Live! With Regis and Kelly."

The prince, who is second in line to the British throne, and Middleton will marry April 29 at London's Westminster Abbey.

So far, the first lady says, she has not been invited to the nuptials. And she says she isn't offended. She says marriage is a personal, private matter and the couple should invite whom they want.

Mrs. Obama has been making the rounds of talk shows Wednesday to promote her campaign against childhood obesity.