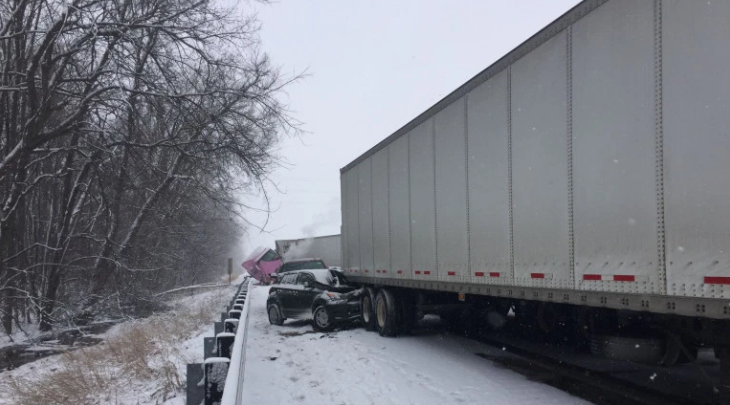 CHICAGO -- At least one person was pinned inside their vehicle during a 29-car pileup on Interstate 94 near Hartford, Michigan, on Friday, amid heavy lake-effect snow, CBS Chicago reports. Michigan State Police said 17 semi-trucks and 12 passenger vehicles were involved in the crash around 9:20 a.m. local time in the westbound lanes of Interstate 94, about 35 miles west of Kalamazoo.

Police said the westbound lanes likely would be closed until about 1 p.m. local time.

"At least one person was pinned inside his vehicle for a short period of time," police said in a statement on the crash.

"The MSP reminds drivers to exercise extra care when driving in snowy conditions. Reducing speed and increasing following distance between vehicles allows drivers time to react to hazards which can prevent these multi-vehicle crashes," police said.