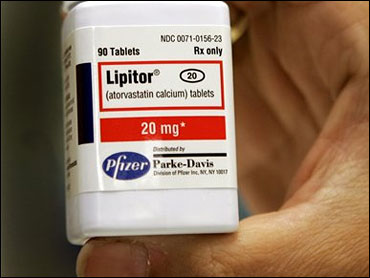 Drew Henson, who paid his dues as an understudy for two years, will have to wait a few more weeks before he can take the reins as Michigan's starting quarterback.

Doctors told the coaching staff that players are typically out 3-6 weeks for a fracture of this type.

"It's going to come down to how fast it heals," Carr said. "He's not going to play until he feels ready."

Henson broke the foot Wednesday while he was trying to avoid a rushing defensive back during practice. He planted his right foot and changed direction.

"Is anybody happy about it at Michigan? No. ... It's a very disappointing thing. There's no question," Carr said. "He was looking forward to this point in his career ... to be the starting quarterback at Michigan."

"I have tremendous confidence in John Navarre. He'll step in and do a great job until Drew returns," Carr said. "John Navarre, just like Drew ... is going to be surrounded by a good football team."

Carr said any time a player gets hurt it affects the team, but the game plan will remain the same. Navarre is looking forward to the opportunity to play, even if the starting spot came a little sooner than he expected, Carr said.

Carr said it's uncertain who the number two quarterback will be while Henson is out.

Carr said Henson had two good weeks of training camp, and that will be an advantage for him when he comes back. Carr said he didn't think Henson's mobility would be affected.

Henson spent this past summer playing professional baseball with the Cincinnati Reds' Double-A club in Chattanooga after he was traded from the New York Yankees.

At Michigan, he has completed 68-of-137 passes for 800 yards and six touchdowns in 18 games for the Wolverines. The team was 10-2 last season and was ranked No. 6 in the AP preseason poll.
He played behind Tom Brady his first two seasons in Ann Arbor.

Henson, whose father was an assistant coach at Eastern Michigan during his high school years at nearby Brighton.