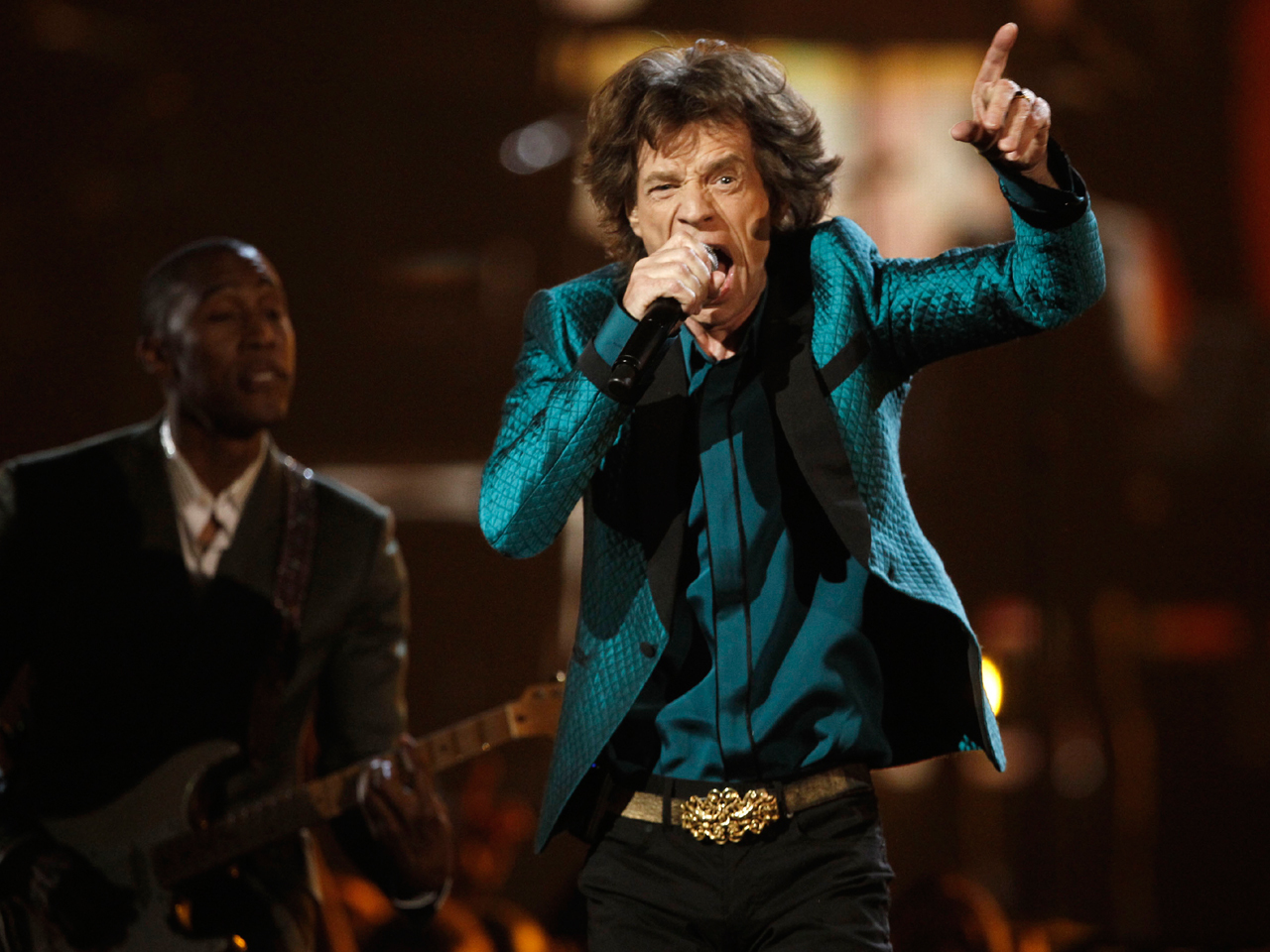 LOS ANGELES (CBS) In his debut performance at the Grammys, rocker Mick Jagger brought the audience to its feet Sunday night with a searing performance of Solomon Burke's "Everybody Needs Somebody to Love."

The show-stopping tribute to Burke, who died last year, followed the Grammy's usual taped In Memoriam segment. Jagger, who performed with guitarist Raphael Saadiq, came onstage in a gold cape, like the ones Burke was famous for, but soon dropped it as he swaggered and strutted across the stage, fists pumping and fingers pointing .

The 67-year-old Rolling Stones frontman showed his blues roots as he tackled one of the late soul singer's most famous tunes. At one point, he even has audience members responding to his lyrics.

Though the Stones has few Grammys to its name, Jagger appeared at the Grammys only once before - via videotape as he and his bandmates accepted a lifetime achievement award. This was the first time he was on the Grammy stage and his first Grammy performance.