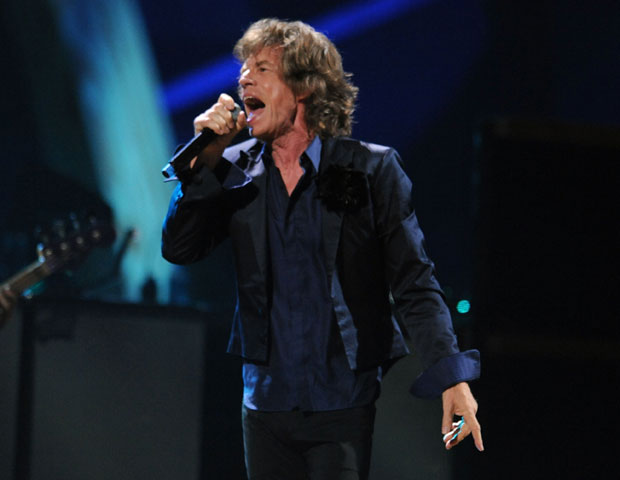 It took producers decades, but the Grammy stage will finally be graced with the presence  of Rolling Stones legend Mick Jagger.

Jagger will perform as part of a tribute to soul star Solomon Burke, who died last year. Burke opened for the Rolling Stones several times during his comeback career.

"We're thrilled, delighted, excited and very much looking forward to Mick doing his debut on the Grammy stage," said Neil Portnow, president and CEO of the Recording Academy. "It's extraordinary to many of us that the fact is, this will be the first time; he has never performed on the Grammy stage."

The English rock star will take the stage on Feb. 13 for the 53rd annual Grammy Awards, which will air live on CBS at 8 p.m.

Although this is his first live performance, Jagger isn't a stranger to the Grammy's. The Rolling Stones received a lifetime achievement award in 1986 and performed by satellite from London. The band also won two Grammys in 1995- one for Best Album of the Year (Voodoo Lounge) and Best Music Video (Love is Strong).

Details about the performance are slim, but show producer Ken Ehrlich did say Jagger, who will be performing with singer Raphael Saadig, agreed to perform because of his strong admiration for Burke.

"[Jagger] asked me not to go into detail about what he's doing, but I think when you see the performance, it will make a lot sense," said Ehrlich. "I think it was the idea of the performance that was intriguing to him and really brought him here."

Jagger has collaborated  before  with a  host of  rock legends, such as Bono, John Lennon, David Bowie, Lenny Kravitz, Dave Stewart and Peter Tosh.