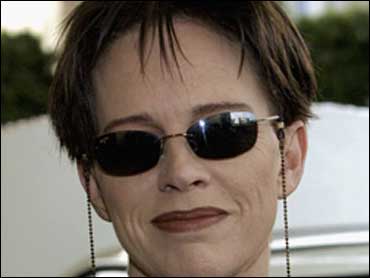 And let's face it. The events of Sept. 11 have forced all of us, from Bill Gates to John Ashcroft, to rearrange priorities, legal and otherwise, to address the concerns of the post-attack world.

So it is not necessarily surprising that the federal government and the software company it has fought with so vigorously over the better part of the past 10 years would strike a deal on the eve of a court-imposed deadline.

I would not have predicted a deal so soon. In fact, I predicted the opposite. But the entirely unpredictable acts of Sept. 11 simply changed the dynamic for all involved in an entirely predictable way.

Settlements like this come about because both sides have a stronger interest in making a deal than they have in continuing the litigation. And it is not hard to see how that's the case in this case.

For the government, the fight against Microsoft seems paltry now in light of its much more significant fight against terrorism. The Justice Department -- overworked, undermanned and under the gun -- simply has better things to do with its time and energy than fight against an American company.

This deal means that many federal lawyers now perhaps can turn their attention to fighting the financial war on terrorism. In a world of limited time and resources, what would you rather have your Justice Department attorneys do? File monopoly briefs and prep antitrust experts or track the secret finances of Osama bin Laden and his crowd? I thought so.

Microsoft, meanwhile, now has bigger problems to face than a costly and expensive anti-trust lawsuit. It has to deal with a faltering economy and diminishing interest in computers generally.

For the software company, the deal means that it finally can have some business certainly (litigation is NEVER good for certainty) and can finally focus its plans on the future without the big cloud of massive judicial intervention hanging over its head.

Had Microsoft held out in the hope that some federal judge somewhere down the line would have seen things the company's way. It might have won the monopoly battle but lost the larger (arguably more important) war.

So this deal would never have come about had the parties been focused solely upon the law and their relative strengths in the case.

The Justice Department held the high ground legally. It had won a massive trial victory and then had most of the terms of the Microsoft monopoly ruling upheld on appeal.

Microsoft, meanwhile, was unable to get the Supreme Court involved on its behalf. From a purely legal point of view, the feds would have and should have kept the heat on Microsoft until the company was forced to accept far more onerous terms than the ones it accepted this week.

But the deal did come about because politics aneconomics and simple practicalities overrode the legal considerations, especially as far as the government was concerned.

Attorney General John Ashcroft can proclaim until he is blue in the face that the deal is as good as or better than the deal he would have gotten from the company after next spring's remedy phase would have been completed. But the truth is, he has to say those things, and he has no idea at all how much better a deal he could have received in 2002 or 2003. Is it a sell-out, as some in the computer industry proclaim? Perhaps. But if this deal is a government sell-out to Microsoft, it is a not entirely unreasonable or indefensible one.

As for the substantive terms themselves, I'm no computer expert so I cannot offer a technical evaluation of whether they will work or not to quell Microsoft's monopolistic thirsts.

But a few things strike me as interesting, if not significant. First, there is a serious question about whether the deal actually gives Microsoft more leeway than the company received from the federal appeals court decision, which put the parties in the legal position they found themselves in earlier this week. If this is true, it suggests a level of government meekness which is surprising even in the context I've described above.

Second, there is a five-year "probation" period during which time Microsoft will operate under a consent decree. This sounds good but Microsoft, in the past, has violated the terms of its consent decrees, (at least that's what the trial judge found) so there is always the chance that the company will do so again.

This time, however, there will be independent, in-house monitors who will have full access to the company's books and plans, so at least the feds are trying a little harder to keep Microsoft in tow for the foreseeable future. Whether this works or not, we simply don't yet know.