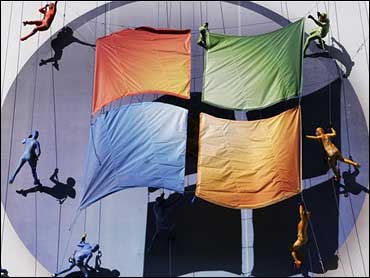 Microsoft Corp. is rolling out a new edition of its Office programs to businesses Wednesday, and for the first time it's adding versions of Word and other programs that work in a Web browser and will be free for consumers.

Office 2010 marks a milestone in Microsoft's efforts to keep up with an industry shift from programs that are stored on PCs to free ones that can be accessed from any computer, over the Internet. Microsoft must be careful not to make the free apps so appealing as to undermine its lucrative desktop software business, which accounted for 29 percent of Microsoft's revenue and 51 percent of its operating income in the most recent quarter. The free apps will have fewer features than the desktop versions.

Word, Excel, PowerPoint and the other programs that make up Office are by far the most widely used for writing documents, making spreadsheets and designing slide presentations. But when it comes to free software online, Microsoft has lagged. When the company tried souping up Office in 2007 by adding a service that lets people store and view documents online, Google was already operating Web-based word processing, spreadsheet and presentation programs. Those programs are generally free for consumers and inexpensive for business users.

Today, 4 percent of companies use Google Apps, according to Forrester Research.

Nevertheless, Microsoft needed a defensive move against the online apps from Google and other rivals that are pushing this concept, which is often called "cloud computing," McLeish said. She pointed out that businesses that do want Web-based programs might prefer Microsoft's because its online software was built to trade documents with Microsoft's desktop programs without losing formatting.

Consumers can start buying Office 2010 or using the free Web Apps in June. While it is possible people could choose to use only the free versions, NPD Group analyst Stephen Baker doesn't think that will widely happen because people "are not all that confident yet" about the concept of using software that stores their information online.

In addition to the Web Apps, Office 2010 brings a slew of new features and updates to individual programs.

In several programs, people will be able to work on the same document simultaneously, a feature Google's programs already allow.

The Outlook e-mail program will be able to pull in information from users' outside social networks, such as Facebook and LinkedIn. It also adds new features to tame the ever-growing number of messages in the inbox, including a way to group all replies to a single thread under one line - as well as a way to "ignore" new replies and send them right to the trash.