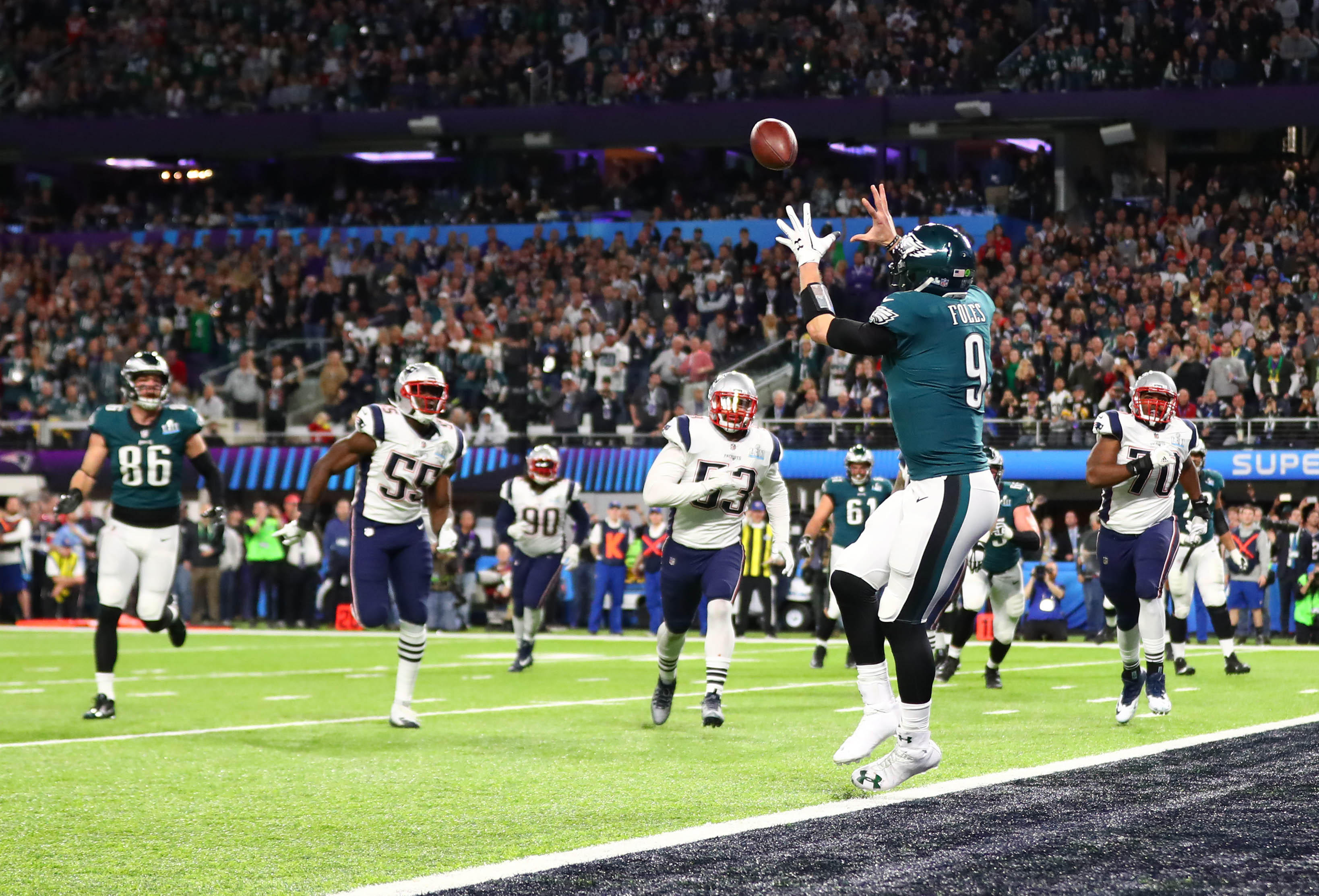 One of the most dramatic plays of Super Bowl LII shouldn't have counted, according to former NFL vice president of officiating, Mike Pereira. The controversial play came in the first half, and, if you watched the game, you probably remember exactly what happened: On fourth-and-goal, late in the second quarter, Eagles tight end Trey Burton threw a touchdown pass to Nick Foles.

The play is even crazier when you think about the fact that Foles is the one who made the call on the field.

Considering that it was fourth down and Burton had never thrown an NFL pass in his life, not to mention Foles had never caught a pass in his NFL career, it was an absolutely gutsy call by Foles and the Eagles. And it's a gutsy call that shouldn't have counted, according to Pereira.

During a podcast with the Talk of Fame Network, the Fox analyst explained why the touchdown should have been taken off the scoreboard.

"The down judge, who was the one that (the play) was on his side of the field … they felt that it was his judgment, and he (receiver Alshon Jeffrey) was close enough," Pereira said. "Well, he wasn't. They lined up wrong. Not only that, it's a trick play. And if you're going to run a trick-type play, then you have to be lined up properly. You could either have six men on the line, or you could have an ineligible number lined up at the end of the line, which was the case."

Pereira is saying that Jeffery should have been set on the line of scrimmage when the ball was snapped. Although the NFL has come out and said it was a judgment call by the ref -- and it's OK that Jeffery wasn't penalized on the play -- Pereira thinks the league would have preferred to see a flag thrown.

"I know what the league has said, but they would have been a lot more comfortable if they would have called an illegal formation," Pereira said. "We always use a yard (within the line of scrimmage), maybe a yard-and-a-half. But that's two. And even a little bit beyond two. It's kind of one of those that has no effect on the play. I get it. But they didn't line up properly. And it really should've been called."

If the ref had thrown the flag, that doesn't mean the Eagles would've lost the game, but it likely would've changed at least the halftime score. If Philly had been hit with a five-yard penalty on the play, it would've been fourth-and-goal from the six-yard-line, and in that situation, the Eagles almost certainly would have kicked a field goal.

Of course, none of that matters now. The Eagles are Super Bowl champions and a questionable missed call by one of the officials in the game isn't going to change that.

As for Pereira, he was pretty vocal during the podcast. The former VP of officiating also said he believes that Roger Goodell asked the current VP of officiating, Alberto Riveron, to tighten up the NFL's replay procedure before the playoffs started.

This article originally appeared on CBSSports.com, titled, "Ex-NFL VP of officials: Eagles should have been penalized on Super Bowl trick play."