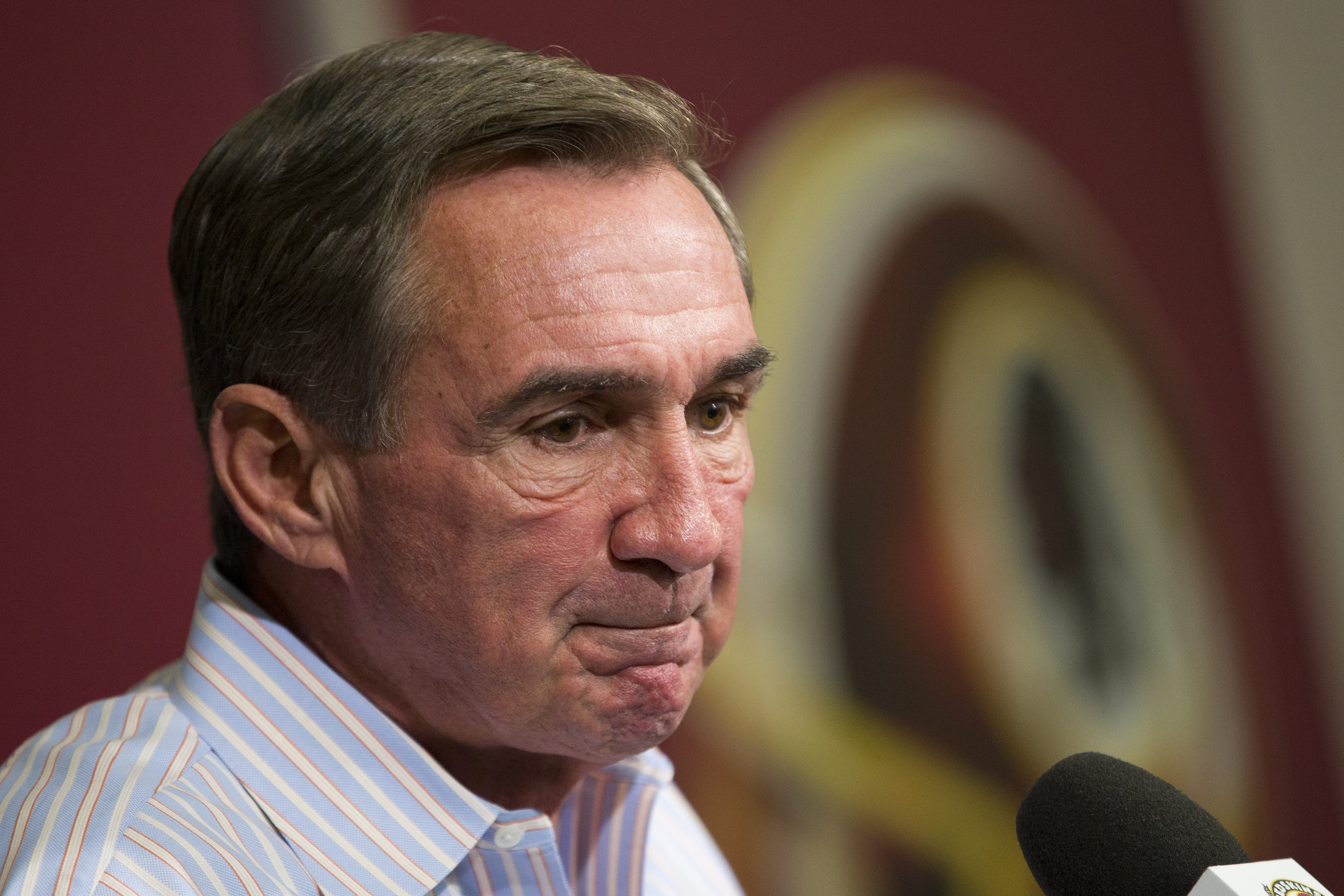 The Cleveland Browns didn't even wait that long, dismissing Rob Chudzinski on Sunday night after just one season on the job.

Shanahan, who won two Super Bowls in Denver in the 1990s, spent four seasons with the Redskins and was 24-40. Frazier had a little more than three seasons with the Vikings to compile an 18-33-1 mark, and Schwartz coached the Lions for five seasons, finishing 29-52.

One coach allegedly on the hot seat was retained: Rex Ryan, who has one more year on his contract, is staying with the New York Jets after a surprising 8-8 record in his fifth season at the helm.

While some of the fired coaches might have seen it coming, Chudzinski certainly didn't despite going 4-12 and losing his final seven games and 10 of 11.

"I was shocked and disappointed to hear the news that I was fired," said Chudzinski, who grew up a Browns fan. "I am a Cleveland Brown to the core, and always will be. It was an honor to lead our players and coaches, and I appreciate their dedication and sacrifice. I was more excited than ever for this team, as I know we were building a great foundation for future success."

As the coaching searches begin, agents will float the names of their clients - Penn State's Bill O'Brien seems to be the hottest candidate and has interviewed for Houston's vacancy. The Texans (2-14), who own the top choice in May's draft after losing their final 14 games, released coach Gary Kubiak late in the season.

Whoever gets hired in each place will face mammoth rebuilding projects. Overall, the six teams seeking new coaches went 24-71-1.

The Lions will be eating $12 million in salary for the remainder of Schwartz' contract, which was recently extended, CBSSports.com's Will Brinson reports.

Shanahan had one season remaining on a five-year contract worth about $7 million a season. He blamed salary cap restraints for part of the Redskins' collapse from NFC East champion in 2012 to 3-13 and eight consecutive losses.

Washington was hit with a $36 million salary cap penalty over two seasons for dumping salaries into the 2010 uncapped season, and Shanahan said it prevented the team from pursuing free agents it had targeted.

But his real undoing, along with the poor records in three of his four seasons, was a contentious relationship with star quarterback Robert Griffin III. RG3 did not speak with the media on Monday.

"Redskins fans deserve a better result," Redskins owner Daniel Snyder said of Shanahan's firing. "We thank Mike for his efforts on behalf of the Redskins. We will focus on what it takes to build a winning team, and my pledge to this organization and to this community is to continue to commit the resources and talent necessary to put this team back in the playoffs."

Frazier took over for Brad Childress in Minnesota for the final six games of 2010. He got the Vikings to the playoffs as a wild card last season, riding an MVP year from running back Adrian Peterson. But he never solved the Vikings' quarterback situation - three QBs started in 2013 - and the defense, Frazier's specialty, ranked 31st overall and against the pass.

"It's a harsh business," safety Harrison Smith said. "As a player, we all love coach Frazier, as a coach, as a man. You can't meet a better guy. And also as a player, we didn't make enough plays on the field. So you just feel like you let him down a little bit."