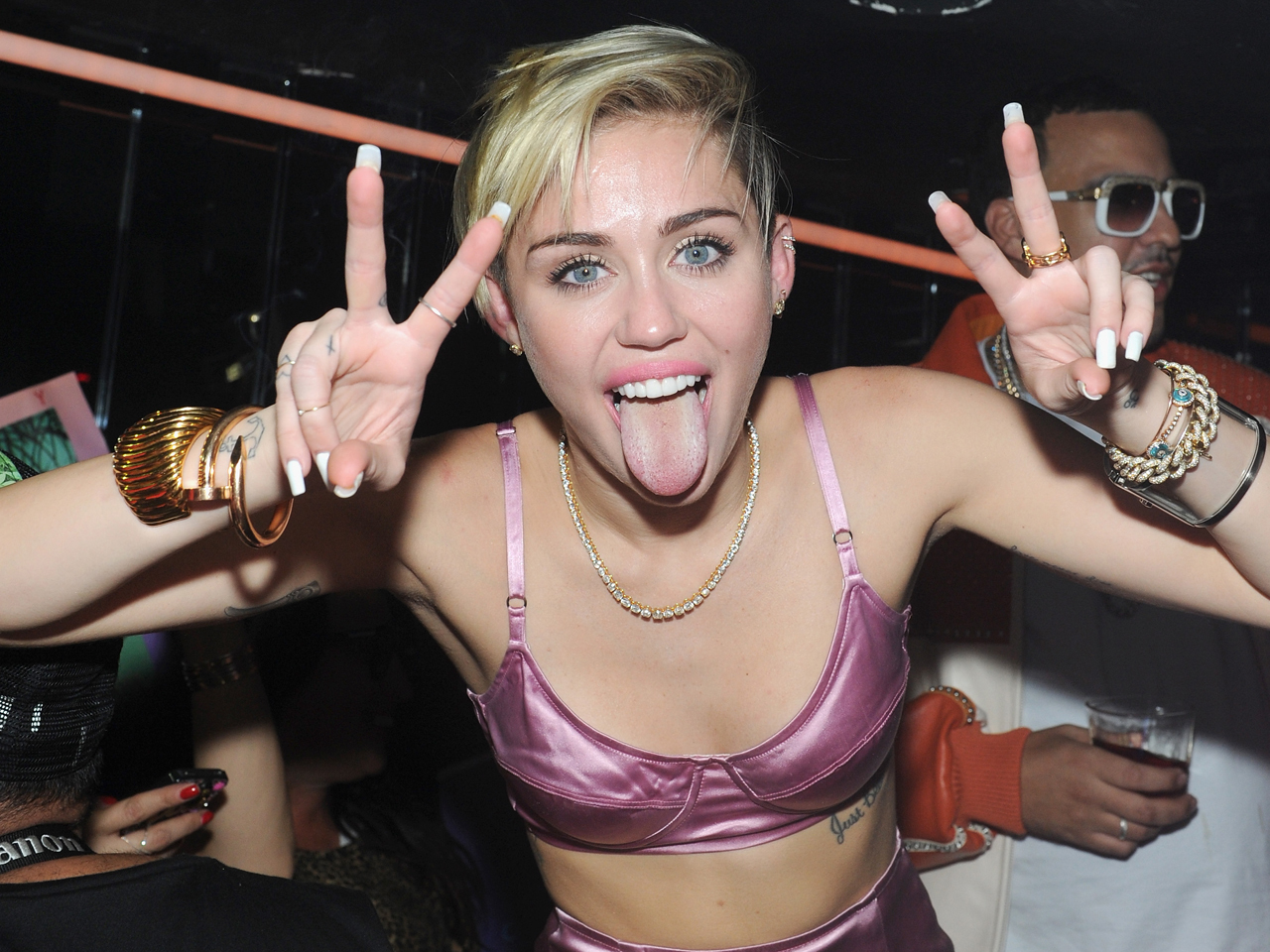 Tongue aside, Miley Cyrus sure knows how to sell music.

The 20-year-old pop star entered the Billboard album chart this week with a bang. Her new album, "Bangerz," debuted at No. 1 with more than 270,000 copies sold, according to Nielsen SoundScan. Cyrus beat out this week's No. 2 release -- Panic! at the Disco's "Too Weird to Live, Too Rare to Die" with 84,00 copies sold.

Driven by the success of the singles "Wrecking Ball" and "We Can't Stop," "Bangerz" also reached No. 1 on iTunes in 70-plus countries. This is by no means Cyrus' first chart-topper. Including her "Hannah Montana" releases, she's been atop the Billboard album chart a total of five times.

Hannah Montana, who? During a recentvisit to "Saturday Night Live,"Cyrus joked that her famous Disney character had been "murdered." The "SNL" stint was just one of many times we saw Cyrus and her...er...tongue over the last few months. She made a splash at theMTV Video Music Awards and had a documentary debut on MTV. She also reminded fans she can sing with the best of them during a performance with Jimmy Fallon and The Roots.