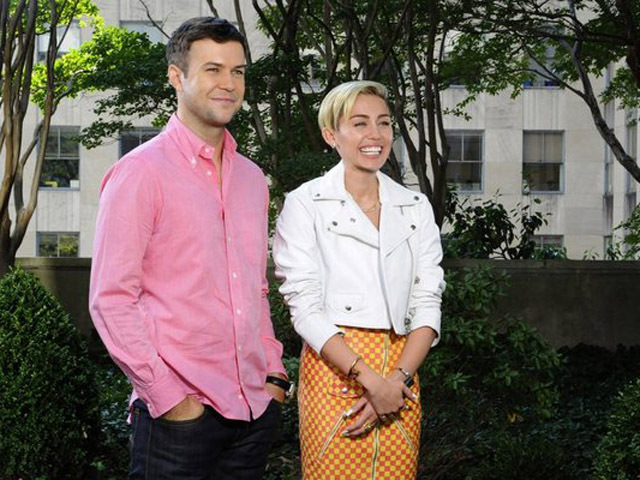 Miley Cyrus is the host and musical guest on this week's "Saturday Night Live," and the newly-released promos for the episode have been informative.

For one, we now know why the newly-single "Wrecking Ball" singer has been sticking her tongue out so much lately.

"It's how I smell," she told "SNL" cast member Taran Killam, whipping it out for a whiff.

In another spot, Killiam admits he hasn't watched TV or read the news and asks what she's been up to since she last hosted the show.

"You might want to take a few minutes to Google me," Cyrus warns. He returns, an hour later (perhaps after seeing some twerking bears and naked wrecking-ball riding) and deadpans, "You've been busy."

Speaking of what Cyrus has been up to lately, one of the other spots touches on her performance at the MTV Video Music Awards.

"Miley, that VMAs performance, how could you?" Killam admonishes.

"I know! How could I?" she responds, adding, "And what was I wearing?"

Watch the promos below. Cyrus will host and perform on "SNL" this Saturday night on NBC.