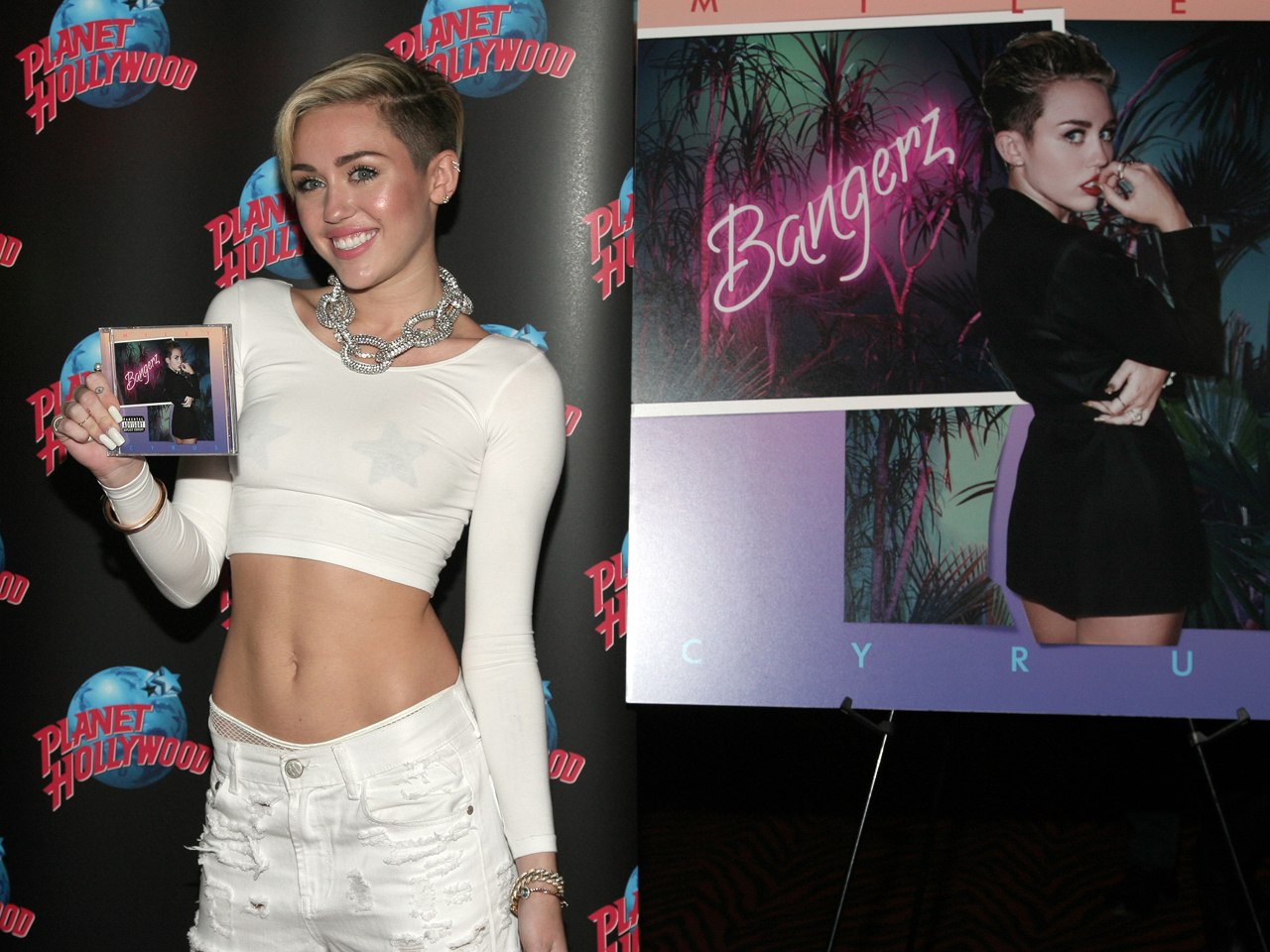 Miley Cyrus says she's not sure she'll make up with Sinead O'Connor after the back and forth feud between the singers.

When asked in an interview Tuesday if she and the 46-year-old performer would kiss and make up, Cyrus replied with: "I don't know. Are we supposed to kiss?"

Cyrus, 20, made the comments in New York when meeting fans at a CD signing for her new album, "Bangerz," released Tuesday.

The drama launched last week when the Irish chanteuse warned the young singer to avoid being sexually exploited by the music industry. Thefirst open letter came after Cyrus said her"Wrecking Ball" video, where she is nude and licks a sledgehammer, was inspired by O'Connor's famous "Nothing Compares 2 U."

Cyrus responded on Twitter by mentioning O'Connor's struggles with bipolar disorder and compared the singer-songwriter to troubled actress Amanda Bynes, who has been treated in a psychiatric hospital.

The drama between the performers continued Tuesday when O'Connor published a fourth open letter to Cyrus, asking for an apology.

"I would very much like you please to apologize to myself and Amanda Bynes for having perpetuated abuse of both of us on the grounds that Amanda has had 'mental health issues' and that I experienced suicidal compulsion and was open about seeking help in order to save my life," the Irish singer wrote. "This should also involve an apology to all sufferers of mental health difficulties and all those who have had experience of suicidal feelings or who have been affected by suicide."

The "We Can't Stop" singer was all smiles as she thanked the hundreds of fans at Planet Hollywood for buying and listening to her new album. "Bangerz" features Britney Spears, Pharrell, will.i.am and others.

"It's so rad to see all my fans out here. I've been trying to keep this music a secret for a year, so now that it's bumping on the speakers it feels so good," she said.