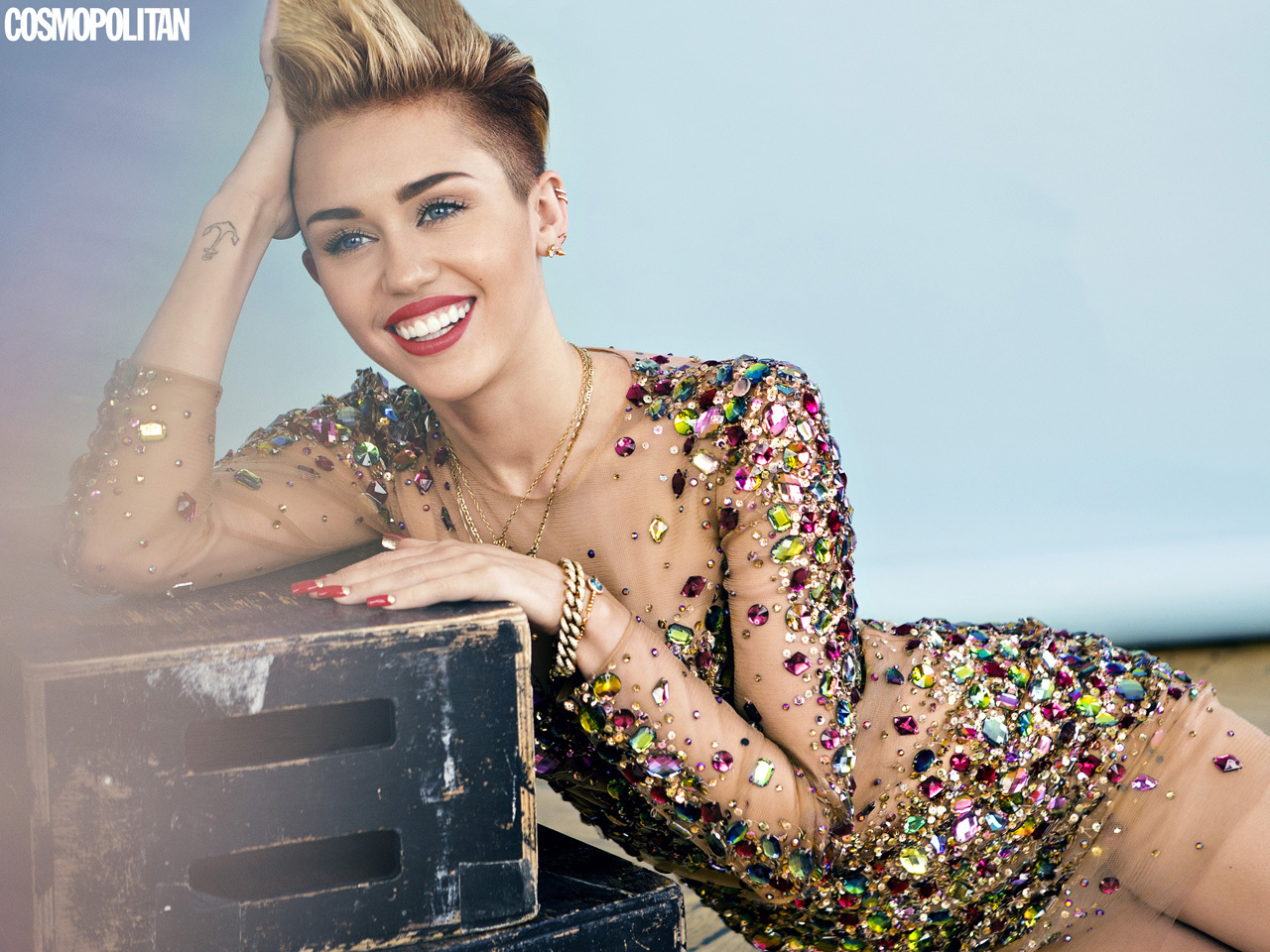 In a new interview with Cosmopolitan magazine, the pop singer said this year's MTV Video Music Awards would have been "bad" if she hadn't performed. "When people started complaining about the awards show, I was like, 'Have you never seen the [expletive] video?' And what if I hadn't done that performance? The VMAs would have been bad," she said. "They would have been missing something. The show was kind of making fun of how serious the pop industry is."

Like it or not, Cyrus' VMA segment still has legs. Betty White recently spoofedit in a promo for her show "Off Their Rockers," and Sinead O'Connor wrote a few letters criticizing the 20-year-old pop star's stage antics. But that doesn't seem to bother Cyrus, who says she "doesn't really care" about what others have to say. "I think everyone would have given anything to be me at that moment, because I was being one hundred percent true to myself...and not many people can say that," Cyrus told the magazine. "At the end of the day, I would say I'm a nice person, and I take pride in the fact that I treat everyone really well, so there's no reason for anyone to ever come at me because I only want the best for everybody else."

It's been a busy couple of months for the former "Hannah Montana" star. Shereleased her new album, "Bangerz," in early October, and shortly after the VMAs, she and actor Liam Hemsworth confirmed they had called off their engagement. When asked what it's like being single these days, Cyrus made it clear that her main love right now is her music, adding, "This is the best time of my life. I'm not going to look back on it and be like, 'I wish I hadn't been dwelling over a breakup,' you know? Because that's now what God wants my life to be about right now. God wants my life to be about being successful and being happy and blessing other people and being blessed."

Cyrus will soon take her twerking on the road. She stopped by "Saturday Night Live" over the weekend to announce a 2014 tour, telling fans: "Real quick, I'd just like to announce to all my fans that I'm about to be going on tour." No dates or other details have been announced yet.

The December issue of Cosmopolitan hits newsstands on Nov. 5.