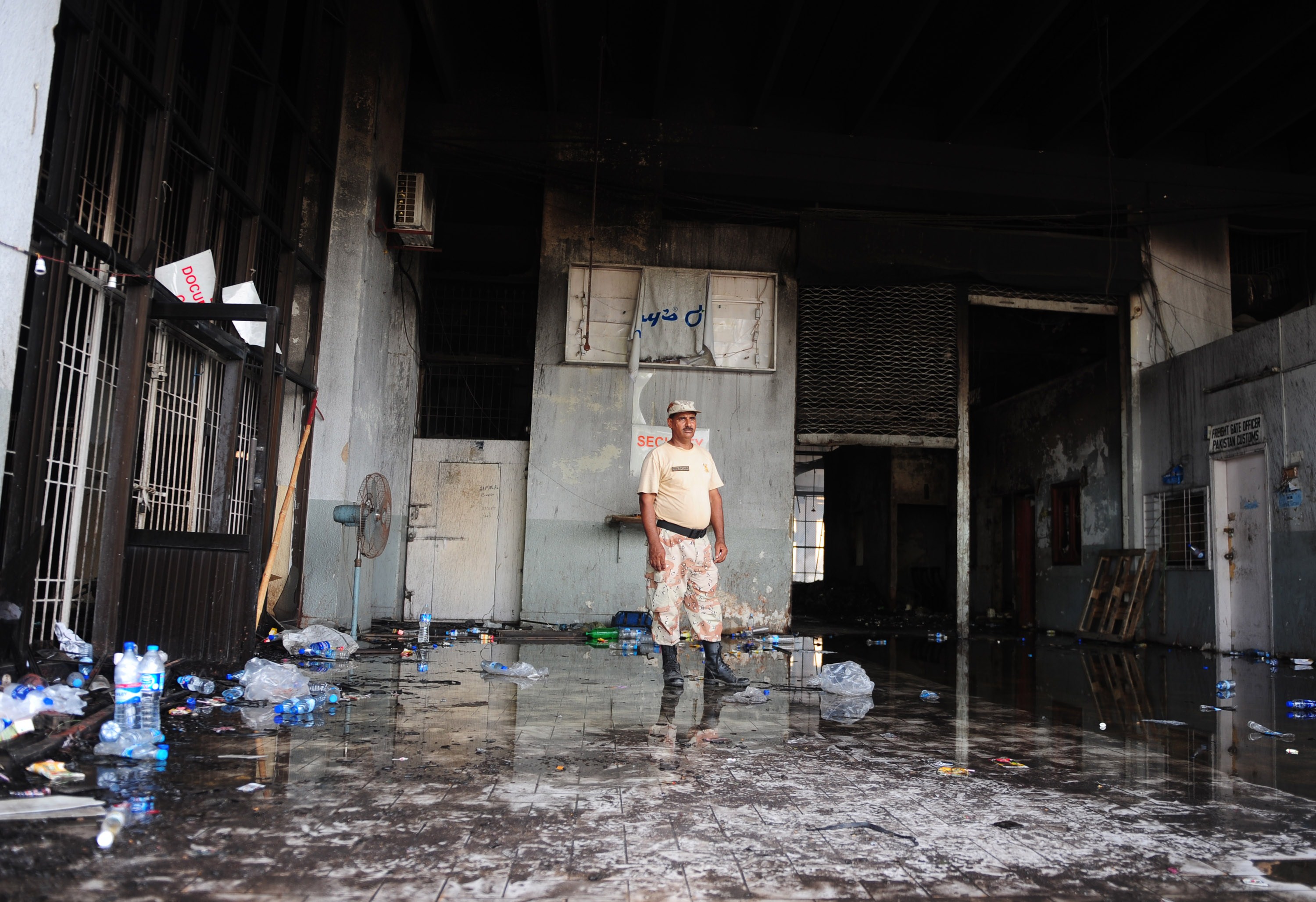 KARACHI, Pakistan -- Militants attacked the airport security training facility in Karachi on Tuesday, less than two days after Taliban gunmen laid siege to the airport -- Pakistan's busiest -- in an attack that left at least 36, including the 10 Taliban attackers.

Live television reports from Pakistan showed members of the military taking positions around the compound near the airport, with reporters saying gunfire could be heard.

Ghulam Abbas Memon, a spokesman for the Airport Security Force, said gunmen tried to enter the facility from two different entrances but the security forces were fighting them back.

Memon said he didn't have any details on the number of attackers or possible casualties.

Late on Sunday night, gunmen from the Pakistani Taliban laid siege to the Karachi airport in the most brazen attack on government security forces in the country in years.

The airport's old terminal -- now mostly used for cargo and VIP flights -- was where the Sunday night attack began, and a security official told Bokhari the militants gained access to the compound through that building.

CBS News correspondent Clarissa Ward reported that, in their message claiming responsibility for the attack, the Taliban said it was revenge for the killing of the group's former leader in a U.S. drone strike, and they warned that more attacks were to come.

Pakistan's prime minister has been trying to engage the Taliban in peace talks, but the government has made little headway thus far, and some argue the founding talks have simply enabled the group to get stronger.