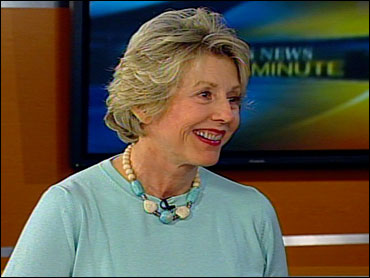 While they're serving their country overseas, many military moms and dads are missing major milestones in their children's lives. Judy Nolte, Editor-in-Chief of American Baby Magazine, and David Wasson, a military father, discuss the hardships of watching your child grow up from afar.

October's American Baby Magazine features a letter from Lt. Michael Bell who's currently serving in Afghanistan. He and four of his fellow soldiers, who work in a medical clinic, were going to miss their children's birthdays because they were stationed overseas.

Lt. Bell asked Nolte if she could do something to help; she gladly obliged. "I felt like we have done so little to help the soldiers," says Nolte. "They're kind of over there fighting for us, fighting this war and we're sitting here going on about our business." Nolte published the letter, along with photos of each parent's child, to remind them of how much they are loved and missed back in the United States.

One of those soldiers was Sgt. Tina Wasson from Austin, Texas. In a recent interview with Up to the Minute anchor Meg Oliver, Nolte met with David Wasson, a military dad and Tina's husband, via satellite. "It meant a lot to the family to see that someone actually cared enough to publish [the letter]," Wasson told Nolte. Wasson added that the story was a morale booster for both the soldiers in the field and their family state-side as well. American Baby has already received several warm responses to October's "Letter to the Editor".