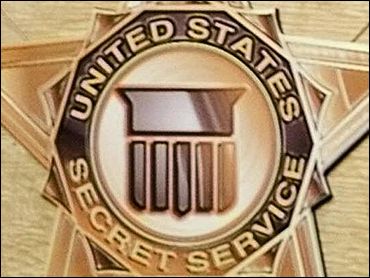 (AP)
A controversial Arizona minister who prays for the death of President Obama has attracted attention from the Secret Service to a small group of protesters who hold regular demonstrations outside his church.

The Rev. Steven Anderson quoted passages from the Old Testament to the congregation of his Faithful Word Baptist Church about the kinds of people God hates in Tempe Aug. 16. Anderson then told worshippers he interprets those passages to include Mr. Obama and that he prays for the president's death.

While Anderson didn't say he wanted his parishioners to attack the president, he did say the country would benefit from Mr. Obama dying.

Listen to the pastor's sermon here

"If you want to know how I'd like to see Obama die, I'd like him to die of natural causes," Anderson told KNXV-TV. "I don't want him to be a martyr. We don't need another holiday. I'd like to see him die, like Ted Kennedy, of brain cancer."

Anderson told the station the Secret Service contacted him after his comments became public and that his attorney advised him to deny giving the agency an interview.

Anderson's sermon inspired the creation of a group called People Against Clergy Who Preach Hate to protest against the pastor.

"I'm just disgusted with this man who claims to be a minister of the Lord preaching hate toward the president," protester Larry Crane told KNXV-TV.

"It's hard to believe we could have someone of a religious nature wishing our president was dead," protester William Crumb told the station.

Some parishioners — whether they didn't provide their names or the station just didn't report them is unclear — supported their minister.

"As far as I know we live in America, we have freedom of religion, freedom to assemble and the freedom of speech," another parishioner said.

Protesters will continue to demonstrate outside Anderson's church until he stops preaching what they consider hate speech.

"I just think it's sad," Crane told the station. "We can have discourse without preaching hate. That's what this minister is doing."