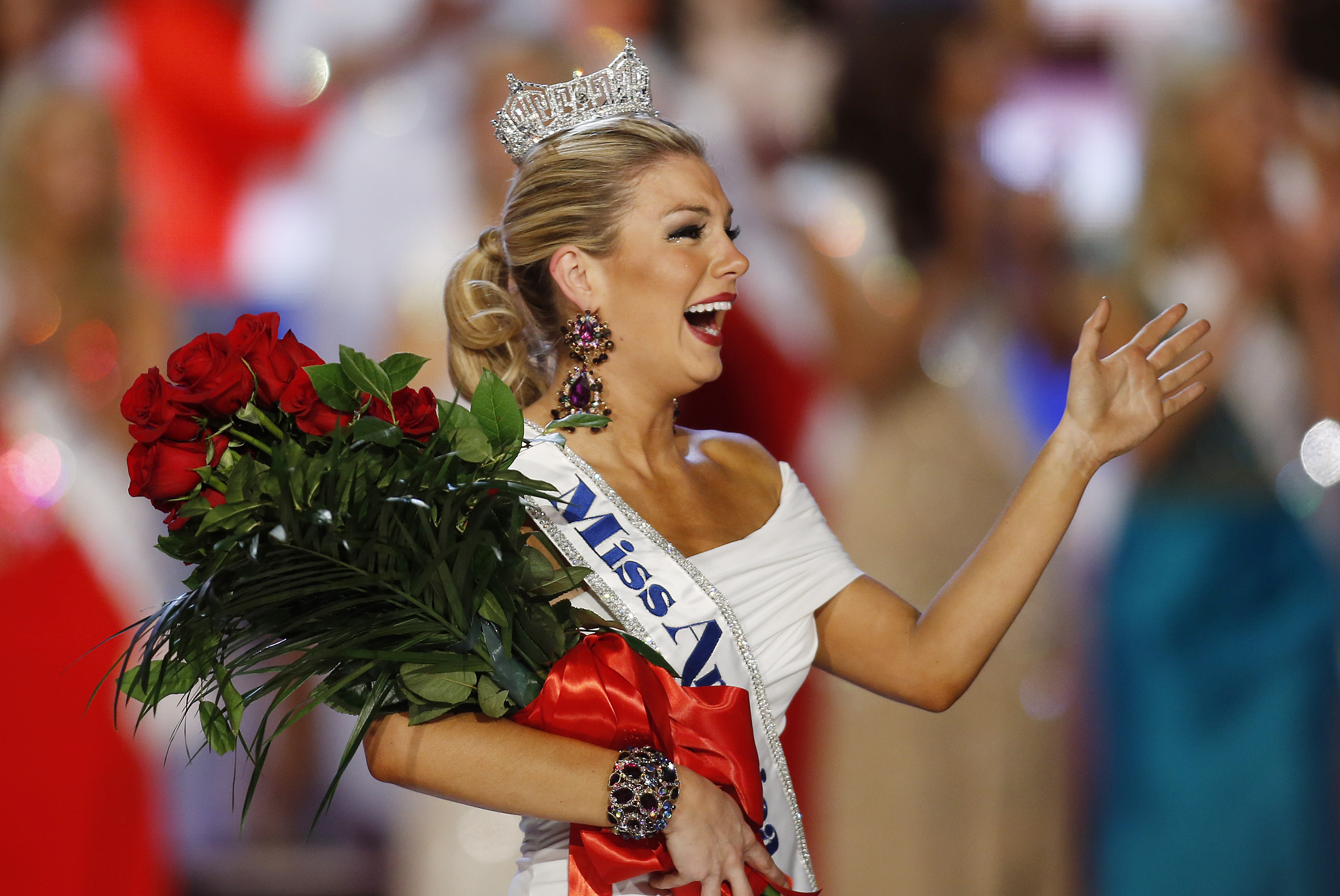 This next Miss America pageant will be broadcast from Atlantic City, N.J., on Sept. 15.

New Jersey Gov. Chris Christie announced the broadcast date Wednesday and said the pageant will be held at the place where it began in 1921. The pageant had been held in Las Vegas the past six years.

The entire pageant will span 13 days from the end of Labor Day weekend through the broadcast finale.

Three nights of preliminary competition will be held Sept. 10-12 at Atlantic City's Boardwalk Hall. The traditional "Show Us Your Shoes Parade" will be held on the boardwalk on Sept. 14.

The Miss America pageant left Atlantic City in 2006 after deciding it was just too expensive to stage its production there. It went to Las Vegas, where the current Miss America, Mallory Hagan, was crowned in January at the Planet Hollywood Resort & Casino. Hagan will have her reign cut short when the pageant is broadcast in September, but will be paid for the full year, pageant officials said.

The move to Las Vegas came amid sliding TV ratings for the pageant, as it tried to interest a younger demographic and incorporated elements of reality television programming.

Last year, the Miss America Organization and its state and local organizations made available more than $45 million in scholarship assistance.

"This September, we will be proud to showcase Atlantic City and Miss America together on network television," said Art McMaster, president and CEO of the Miss America Organization. "Miss America has evolved into a national pastime and our organization enables over 12,000 young women to participate in our scholarship program each and every year. We know that the country will embrace our return to our birthplace and experience a new and very relevant Miss America."