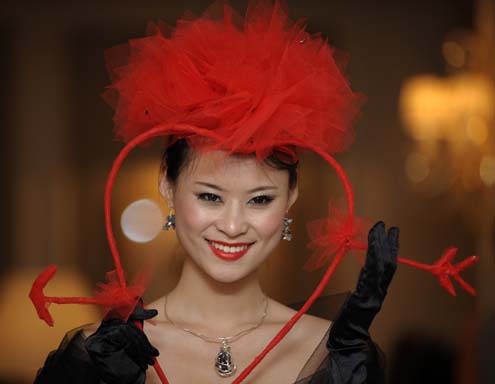 In a marked escalation in attacks, suspected insurgents on Wednesday tried to shoot down a U.S. transport plane with a surface-to-air missile, killed an American soldier in a convoy and gunned down the pro-American mayor of a city in the restive "Sunni Triangle."

The violence came on the eve of a banned holiday when Saddam Hussein loyalists were expected to demonstrate their power.

The U.S. military said one surface-to-air missile was fired on a C-130 transport as it landed at Baghdad International Airport. Spc. Giovani Lorente said he could not say where the plane was arriving from or whether it was carrying passengers, cargo or both. Lorente said it was only the second known missile attack on a plane using the airport since Baghdad fell to U.S. forces April 9.

In Hadithah, Mayor Mohammed Nayil al-Jurayfi's car was ambushed about 2 p.m. by unidentified attackers firing automatic rifles as he drove away from his office with one of his nine sons, police Capt. Khudhier Mohammed told The Associated Press. Hadithah, a city of about 150,000, is 150 miles northwest of Baghdad on the road to Syria.

Mohammed said the mayor was killed because "he was seizing cars from those that used to work at the president's (Saddam Hussein's) office" in Hadithah, one of several cities in the so-called "Sunni Triangle," so named because it contains the bulk of active supporters of Saddam, whose Sunni Muslim minority ran the country until April 9.

The American soldier was killed and three others were injured in a rocket-propelled grenade attack west of Baghdad near the Abu Ghraib prison, a U.S. military spokesman said. In a separate attack, an eight-year-old Iraqi child died when an assailant threw a grenade into a U.S. military vehicle guarding a bank in west Baghdad.

The U.S. driver of the vehicle was wounded along with four adult Iraqi bystanders, according to a U.S. officer, said Maj. Kevin West of the 4th Battalion, 1st Field Artillery.

"They're killing more Iraqis than they are Americans," West said, shaking his head.

The Hadithah police captain, whose stationhouse sits next to the mayor's office, told the AP that some city government employees received a leaflet Wednesday morning warning them not to go to work.

The leaflets were signed by "Liberating Iraq's Army." A day earlier, a member of the previously unheard of organization went on Dubai-based Al-Arabiya television and promised retribution against any country that sends peacekeeping troops.

He read a letter directed to U.N. Secretary-General Kofi Annan and said peacekeepers would be attacked even if they were sent under a U.N. mandate and wearing the world body's traditional blue helmets.