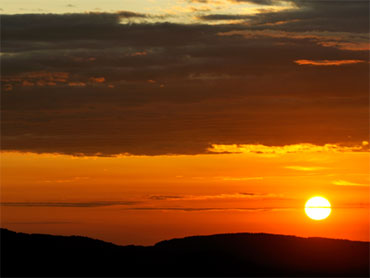 A top Russian prosecutor said Wednesday that investigators had discovered part of a Strela anti-aircraft missile launcher near the site of a helicopter crash in Chechnya that killed 115 people, mostly Russian servicemen, and injured 32 more, bolstering the theory that the aircraft was downed by rebels.

"Not far from the place where the helicopter fell, a pipe, from which a portable missile had been fired, was found and seized," Deputy Prosecutor General Sergei Fridinsky was quoted as saying by the Interfax news agency. "From what we know, the pipe is fresh, but experts will have to determine when exactly it was fired."

On Tuesday, Prosecutor General Vladimir Ustinov said that investigators considered it most likely that the huge Mi-26 helicopter was brought down Monday by ground fire.

Officials at first gave widely differing accounts of how many people had been on board the helicopter and how many had been killed. A day after the crash, Defense Minister Sergei Ivanov said 114 out of 147 people on board were killed. Russia's TVS television said the dead included a child who was traveling with his mother, an army nurse. Twenty-one officers and 26 noncommissioned officers were also among the dead, Russian officials said.

President Vladimir Putin declared Thursday a day of mourning for those killed in the crash.

The helicopter's flight data recorders were found and were brought to Mozdok for examination.

"According to the conversations (recorded on the boxes) it is still hard to unambiguously determine what happened with the helicopter," Fridinsky said, according to Interfax.

He said that investigators were questioning officials about the tragedy, and that anyone found guilty of negligence would be held responsible.

Ivanov said he was suspending the army's aviation commander, Col. Gen. Vitaly Pavlov, pending the investigation. Ivanov said Pavlov had violated instructions, but that these violations were not connected to the tragedy.

The Mi-26 normally seats a maximum of 80 combat-equipped troops in addition to crew, but Ivanov denied that the helicopter was overloaded.

"The helicopter can take many more people on board and fly with one working engine," Interfax quoted Ivanov as saying. He ridiculed the theory that the helicopter crashed because of overloading.

The crash came amid an upsurge of rebel attacks against Russian forces in Chechnya, including attacks late last week in southwestern Chechnya that killed nine servicemen and five civilians.

Russian forces withdrew from Chechnya following a devastating 1994-1996 war that left the region de facto independent, but they returned in 1999 after Chechnya-based militants invaded a neighboring region and the Kremlin blamed rebels for apartment-building bombings killed 300 people in Moscow and other cities.