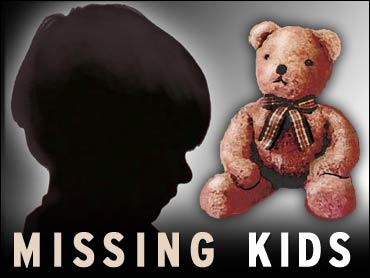 British police on Monday were hunting for a 12-year-old girl missing since Saturday who may have left to meet a former U.S. Marine.

Shevaun Pennington told her parents she was visiting friends when she left early Saturday, reports the Times of London, but since then police have learned she planned to meet a 31-year-old American with whom she had communicated via post and e-mail for months.

The American man, Toby Studebaker, left the U.S. Marines last week, according to the newspaper. Pennington referred to Studebaker as "my American boyfriend." Friends of the man tell cops he planned to head to Britain this week.

The girl's passport and many clothes were missing from her home, and the Greater Manchester Police suspect she may have already left for France or the United States. The British authorities have notified Interpol.

"This is totally out of character for her," police Superintendent Peter Mason told the Times. "She is a happy-go-lucky girl who has never done anything like this before. She has a happy home life."

Her parents, Stephen and Joanna, were quoted by the newspaper as saying: "We're not angry with you. We love you very much and just want you to come home. Please give us a call and let us know you're OK. We just want you back."

Shevaun is white, 5 foot 6 inches tall and stocky with fair shoulder-length hair and blue-gray eyes, according to the Times.

According to a news release from the Greater Manchester Police, Studebaker is white, 5 feet 9 inches tall, with a heavy build, brown hair and blue eyes.

Studebaker spent three years with the Marines, entering in May 2000 and leaving June 30. Originally from Constantine, Michigan, Studebaker was a member of the 3rd Battalion 6th Marines Regiment based at Camp Lejune in North Carolina. He is believed to have reached the rank of Lance Corporal.