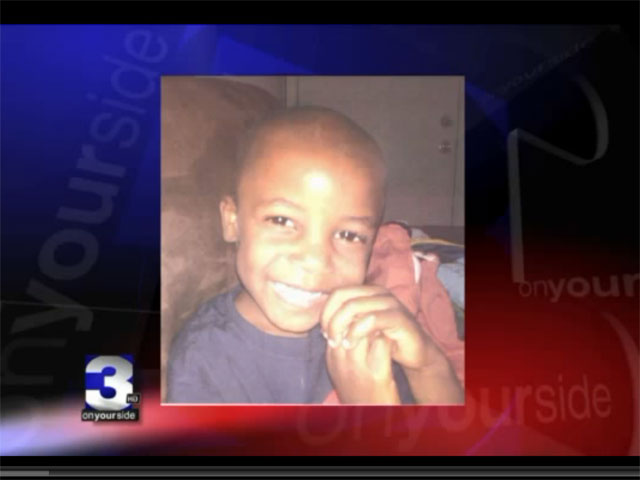 (CBS) MEMPHIS, Tenn. - The body of missing three-year-old boy Maurice Brown Jr., was found in a Memphis dumpster Tuesday afternoon, according to police.

CBS affiliate WREG reports that the boy's father, Maurice Brown Sr., was arrested Monday on charges of aggravated child neglect and endangerment charges. Blood evidence was found in Brown's apartment that appeared consistent with a beating, according to a police affidavit.

Memphis Police Department Director Toney Armstrong Tuesday told the station that it is possible that Brown may face serious charges as the investigation develops.

Brown told police he napped for about two hours Sunday night and woke up to find a door open and his son gone. He also told police that he thought gang members took his son to retaliate against him, according to local station WMC-TV.

But according to CBS affiliate WREG, a witness told police that Brown left the apartment with a child draped over his shoulder at about 8:30 p.m. Sunday. The witness said the child was Maurice Jr.

The exact details will take some time to figure out, but police are starting to piece together evidence from both the dumpster and from Brown's apartment.

"As the father of a small child, I certainly can't even begin to imagine what could prompt somebody, or trigger somebody, to not only react violently to a small, three-year-old child, but to dispose of the body in such a manner...he's just unimaginable," Armstrong said.

The cause of death is still unknown. Police are awaiting a report from the medical examiner.

On Monday, the boy's mother, LaToya Kaeneh, said that she believed Maurice Brown was fully responsible for whatever happened to their son, "Junior."

Kaeneh told WREG that she brought Junior to Memphis from Arkansas in May so he could be with his father for the summer.

Page alluded to a violent past: "Maurice was getting angrier and angrier. And I told Toya."

She may be referring to the time Brown may have beat Kaeneh on Valentine's Day of 2010, according to an affidavit. Those charges were dropped.

Page grew emotional, learning of the blood spattered all over the bathroom of Brown's apartment.