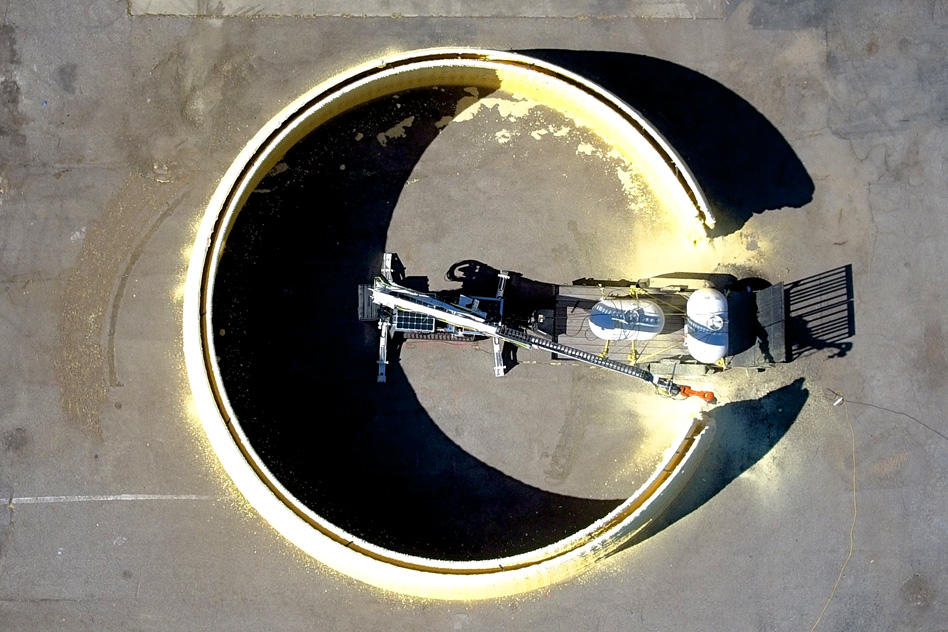 A new system developed at MIT is able to print a basic structure in one go, according to the team's paper in the journal Science Robotics.

The system comprises a tracked vehicle mounted with a large robotic arm. At the end of this robotic arm is a smaller, precision-motion robotic arm, used to extrude concrete or spray insulation material. It's free moving, can be customised to print on any suitable surface and is intended to be self-sufficient.

The team tested the system by printing the basic structure of the walls of a dome 50 feet in diameter and 12 feet in height out of insulation foam. The structure took 14 hours to print in total, creating a mould into which concrete is poured.

The aim is "in the future, to have something totally autonomous, that you could send to the moon or Mars or Antarctica, and it would just go out and make these buildings for years," said lead author Stephen Keating.

Tech Culture: From film and television to social media and games, here's your place for the lighter side of tech.

Batteries Not Included: The CNET team shares experiences that remind us why tech stuff is cool.